AppleInsider
Posted: November 7, 2019 12:05PM
in General Discussion
Future Apple Watches could have bands that act as wireless antennas to augment or replace ones within the the case. A new patent covers making flexible antennas that can be hidden within bands. 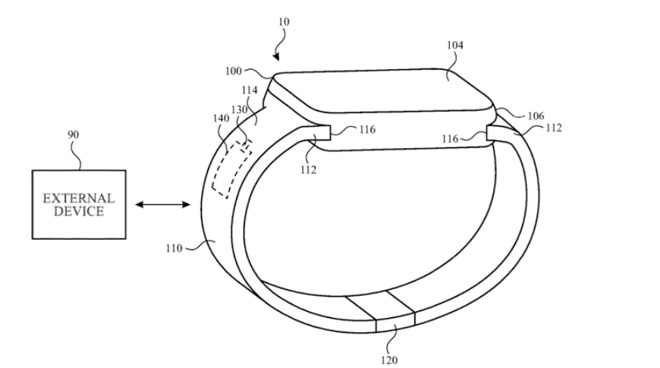 Alongside previous research into bands with sensors, Apple is investigating the use of bands for Apple Watch which contain wireless communication antennae. In a new patent application, Apple says that having the antenna outside of the Watch case could mean leaving more room inside for other components.

"However, it can be desirable to provide certain components outside the rigid housing to more effectively utilize the space within the housing," it continues. "It can also be desirable to position certain components at locations that are more accessible or that can be more effectively utilized when positioned outside the housing."

The patent describes issues around the need to a band to "stretch, bend and flex," plus details how the bands may be connected to the Watch. 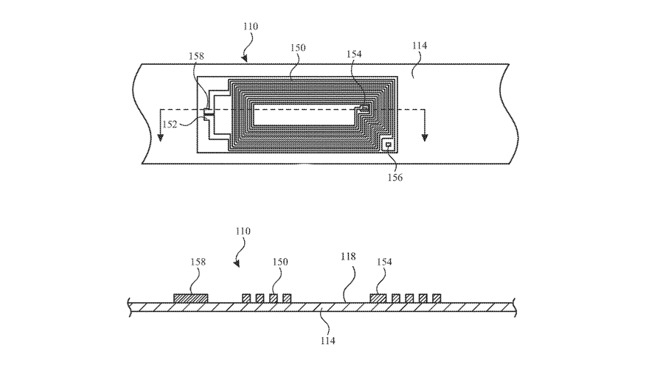 Recently, Apple was granted a similar patent covering the embedding of electrical contacts with a band to help with charging.

It's also investigated having lights within bands to show activity information and in 2017 patented using electronics within the links of a metal bracelet band.