AppleInsider
Posted: December 3, 2019 5:31AM
in General Discussion edited December 2019
Apple on Tuesday unveiled the top apps of 2019, following its usual annual format of arranging selections by category. In addition to the typical end of year press release, the company also celebrated its picks with developers at a special event in New York. 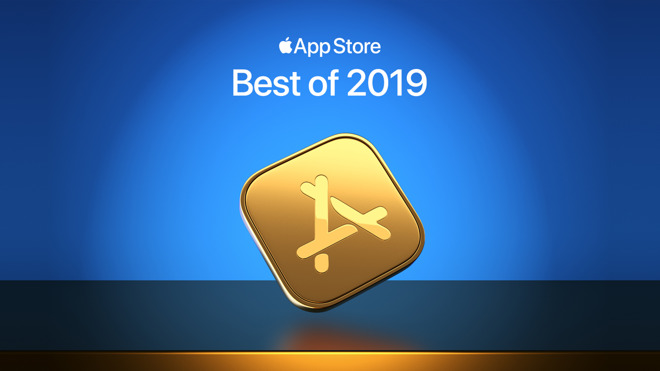 Apple staged proceedings almost one year to the day after it announced the best apps of 2018. The app-centric event was not streamed or broadcast, and those in attendance did not share photos from Apple's New York City loft (though one image showing an envelope embossed with the App Store logo and text reading "And the winners are..." was posted on social media before it was quickly removed).

As previously reported, the gathering was designed to celebrate the best software of the year. For 2019, Apple broke with convention and concentrated on apps and games instead of promoting top selections across all of the media it serves, such as movies, TV and music. A separate set of streaming music accolades, dubbed the Apple Music Awards, were revealed on Monday, with Apple planning to live stream a special awards ceremony on Dec. 4.

Announced in a press release, Apple's iPhone app of the year went to Lux Optics' Spectre Camera, an AI-powered photography app that packs in "a dizzying amount of tech" to accomplish long-exposure photos. Digital notebook app Flow by Moleskine was the top iPad app, while Serif Labs' Affinity Publisher publishing and design app took top honors for Mac. The Explorers, an app designed to "create a comprehensive 'visual inventory' of the natural world through photo and video," ranked as the year's best Apple TV app.

Previously, the lists of best or favorite apps in different categories have been released in the relevant sections of the App Store or iTunes Store.

In 2018, the best app was Procreate Pocket on iPhone, with Froggipedia and Pixelmator Pro listed as the best for the iPad and Mac, respectively.

Back in 2017, meditation app Calm was selected as the best general iPhone app, while Affinity Photo took the prize for best iPad title.