Pro Display XDR is now available to preorder starting at $4999

AppleInsider
Posted: December 10, 2019 5:00PM
in Current Mac Hardware edited July 2020
At the same time as making the Mac Pro available, Apple has started accepting orders for the Pro Display XDR, a high-performance 32-inch display designed for use by professionals in creative industries. 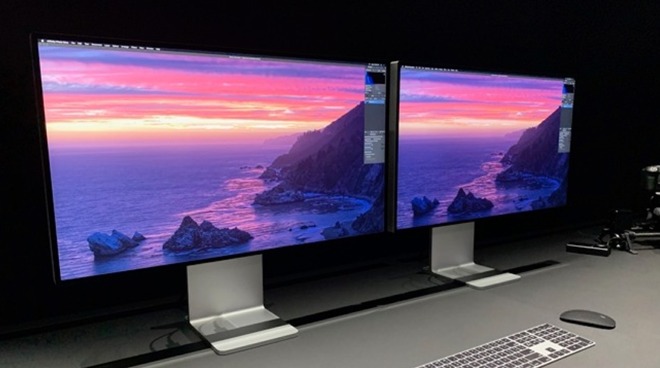 Launched during the same event as the Mac Pro, the Pro Display XDR is a large 32-inch 6K Retina Display, with a resolution of 6,016 by 3,384 giving it a pixel density of 218 pixels per inch. Capable of 1,000 nits of brightness indefinitely, with LEDs in the 576 full array dimming zone backlight calibrated from the factory and modulated with custom lenses and reflectors to ensure a true HDR image, the screen is also able to peak its brightness at 1,600 nits.

The screen has a 1,000,000 to 1 contrast ratio and a refresh rate of 60Hz, it also includes dual ambient light sensors to power its True Tone capabilities, allowing for a consistent image regardless of changes in environmental lighting. The screen also has a P3 wide color gamut, with a 10-bit depth for 1.073 billion colors, and the fully laminated display has a super-wide angle with high-fidelity color and contrast at 89 degrees off centerline in every direction, with 1.65% of typical reflectivity.

Two variants of the Pro Display XDR are offered, with the standard version including an anti-reflective coating while an optional matte version uses glass etching at a nanometer level which Apple calls nano-texture. 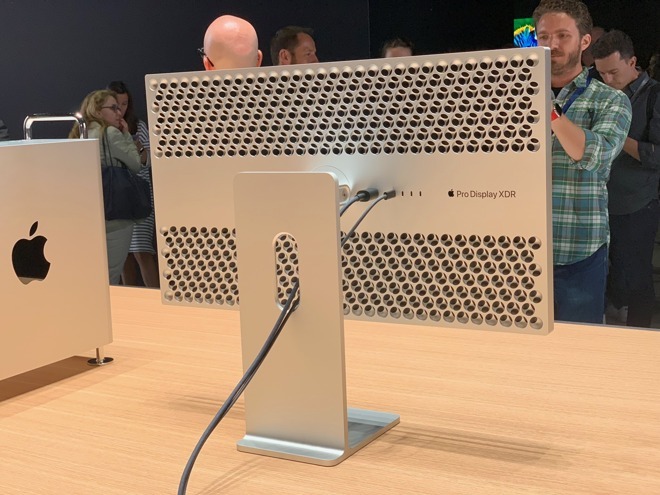 On the back is a single Thunderbolt 3 port with 96W power delivery, along with three USB-C ports for charging and peripheral connections.

The standard glass model costs $4,999 while the nano-texture glass version is $5,999. Apple is also offering a VESA mount for $199 and the Pro Stand for $999. Both are available separately.

Weighing in at 9.5 pounds on its own, the Pro Stand can raise and lower the XDR screen hight from 25.7 inches at the top to 21 inches in landscape orientation, with the option to rotate the screen to a portrait layout. The tilt can be set from -5 degrees to 25 degrees, giving a variety of viewing angles, while the magnetic puck used to hold the screen in place can be easily detached using a slider.

Special offers from Apple Authorized Resellers can be found in the AI Apple Display Price Guide, with bonus perks available on the Pro Display XDR, such as a sales tax refund in eligible states with B&H's Payboo Card.