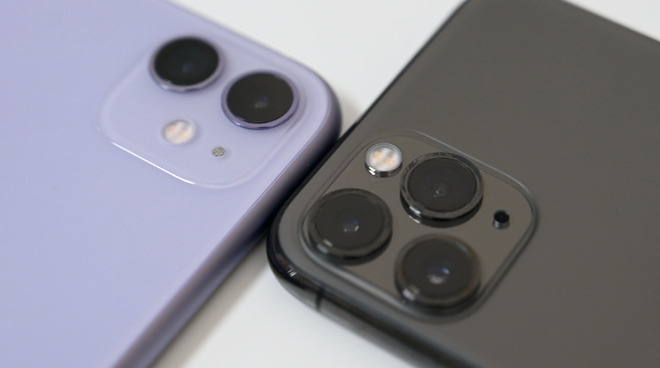 A year on from Apple having to announce falling sales in China, the company is now seeing a double-digit rise in the number of iPhone shipments. Year over year, iPhone sales grew 18.7%, while overall the Chinese market for smartphones declined by 13.7%.

Bloomberg reports that it has calculated these figures based on data from the China Academy of Information and Communication Technology (CAICT), and also from Android device shipments.

That CAICT data says that there were 389 million cell phone shipments in China during 2019, including over 13 million 5G phones.

Apple does not yet sell a 5G-capable iPhone, but, according to Bloomberg, the current increase in sales means expectations are that the company will do well during the build up to the Chinese New Year on January 25.

This time in 2019, Apple was forced to lower its revenue forecast for investors because of falling iPhone sales in China. Rather than the previous estimate of between $89 billion and $93 billion, Apple announced that it was now expecting $84 billion for the preceding quarter.

"Lower than anticipated iPhone revenue, primarily in Greater China, accounts for all of our revenue shortfall to our guidance and for much more than our entire year-over-year revenue decline," Tim Cook said. "While Greater China and other emerging markets accounted for the vast majority of the year-over-year iPhone revenue decline, in some developed markets, iPhone upgrades also were not as strong as we thought they would be."

Cook added said that there were international currency issues involved, but also cited "fewer carrier subsidies," and "some customers taking advantage of significantly reduced pricing for iPhone battery replacements" instead of upgrading.

Since then, Apple has introduced price cuts and trade-in deals, but by the end of 2019, analysts were conflicted over whether these moves had been successful.