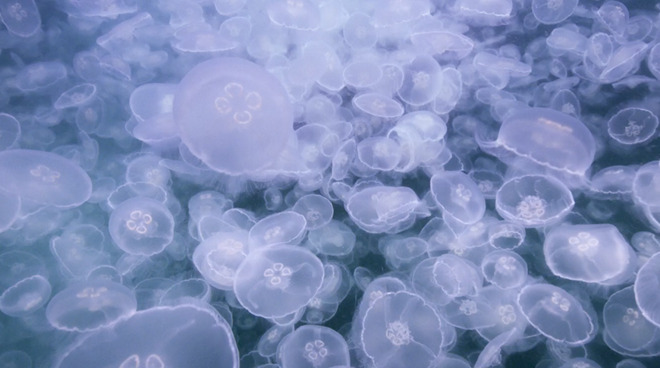 Apple regularly adds new screensavers to the Apple TV HD and Apple TV 4K, giving something for users to view between viewing sessions. Playing a vital role for some older televisions to fend off the ghosting effect from showing user interface elements and logos regularly, the screen savers are practical and entertaining, as well as showing off the capabilities of the set-top streaming boxes.

The latest screen savers were added early this week, consisting of a variety of underwater scenes featuring a variety of creatures and subjects, including whales, dolphins, coral reefs, stingrays, sharks, and jellyfish. The new batch was spotted by 9to5Mac.

Apple TV now has plenty of screen savers, including the Los Angelas skyline, drone footage of Chinese landscapes, and outdoor scenes of Greenland.

The screensavers can be found in the Aerial screensavers on your Apple TV. The Apple TV's settings dictate whether tvOS checks for new videos, so it's worth checking to see if you have automatic downloads enabled.

If you don't have your own Apple TV, you can head over to Benjamin Mayo's site, where you'll be able to watch the screensavers in Safari.