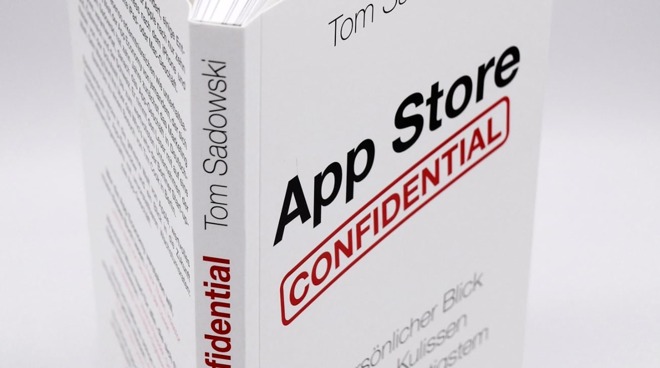 Lawyers working for Apple have ordered Sadowski and his publisher to cease deliveries of book orders, to recall all copies of the book that are already in circulation, and to destroy all manuscripts of the book. Publisher Murmann and the author have so far resisted the demands from the iPhone maker.

Focus reports Apple believes there are confidentiality violations of Sadowski's employment contract with the company due to the book's publication, as it contains "business secrets" that are "of considerable economic value."

Apple insisted to the report it has "long supported a free press and supports authors of all kinds," but in this case Sadowski had "violated his employment relationship." This includes Apple's employment guidelines, which are "applied equally and fairly" to all employees.

Released on Tuesday in Germany, the book "App Store Confidential" by Sadowski is said to be a behind-the-scenes view of how the App Store works from the former manager's viewpoint. The book details Sadowski's journey into Apple, his personal experiences in working inside the App Store, and his meetings with Apple CEO Tim Cook.

Sadowski was an employee with Apple for ten years, working for iTunes marketing for Germany, Austria, and Switzerland before heading up the App Store's efforts in Germany until November 2019. After Apple, Sadowski moved to offering coaching to startups, and provides advice to companies about their apps and monetization strategies.