Review: The WT2 Plus translation earbuds allow you to converse with almost anyone with eas...

AppleInsider
Posted: February 20, 2020 8:12PM
in General Discussion edited January 2021
Now you can converse with nearly anyone thanks to the fast and easy translation abilities of the WT2 Plus translation wireless earbuds -- with some caveats. 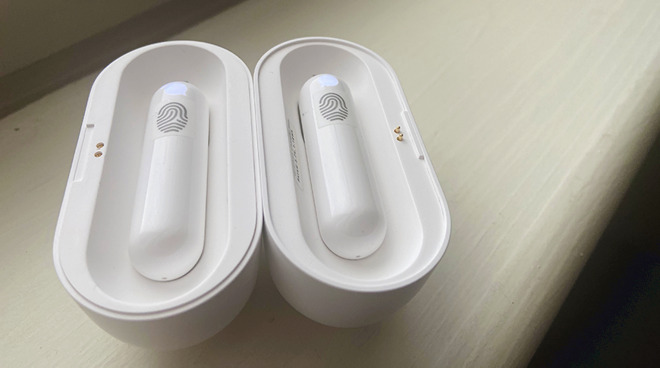 In HitchHiker's Guide To the Galaxy Douglas Addams imagined a future where an unusual species of fish would be able to live inside your ear and instantly translate any language, making language barriers a thing of the past.

While we're not quite to Addams' vision of the Babel fish, TimeKettle's WT2 Plus AI-driven translation earbuds bring us one step closer. These useful little earbuds allow you to easily translate 40 different languages -- enough to let you converse with 85% of the world's population.

The app and the translation modes 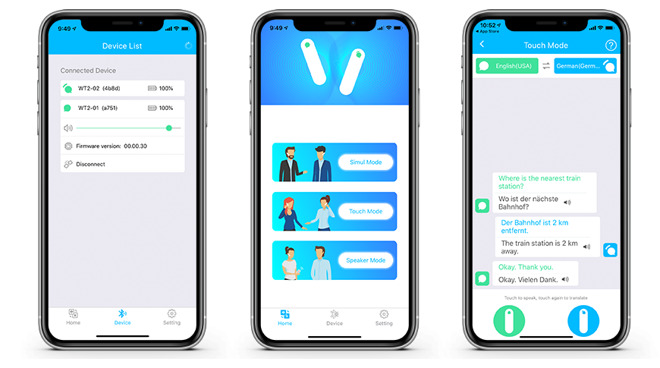 The app is well designed and easy to use, and pairing the earbuds only takes a few seconds. Selecting the languages you'd need to translate is done via a drop-down menu. There are 40 different languages you can choose from, including English, French, Spanish, German, Korean, Japanese, Cantonese, Mandarin, Hindi, and many more.

There's also a helpful demo video to show you how to use the device if you need it, though we found it extremely intuitive on its own.

The WT2 Plus earbuds feature three different modes that are ideal for different situations. Selecting the mode you'd like to use can be done from within the app, and it's easy to switch between modes if one isn't working for your specific situation.

Touch Mode requires you to reach up and physically tap-and-hold the side of your earbud to initiate translation mode. This mode is ideal for busy locations where you don't want the earbuds picking up and subsequently trying to translate background noise.

Simul Mode is the WT2 Plus' "always-on" mode, which is best suited for two people who are attempting to have a natural conversation. This mode works okay, though, the earbuds can occasionally get a little confused and try to translate what the opposite wearer is saying, notably if the two languages sound somewhat similar. In our test, this was especially noticeable if one person was speaking German, and the other was speaking English.

Speaker Mode is perfect for tourists. Like tap mode, you can touch the side of your earbud and speak, but the translation will be played through your phone's speaker instead of the other earbud. Perfect if you don't want to share an earbud with someone you don't know. 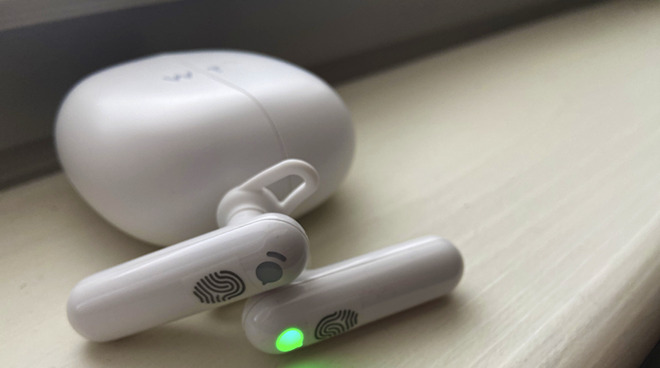 The developers claim that the WT2 Plus earbuds will give you 95% accuracy with an average time of 1-3 seconds to translate. We didn't quite find this to be the case in every situation.

Simul Mode is by far the least accurate of them all, which is to be expected. If you're in a noisy environment, it doesn't always know what to pick up on, which causes some significant delays in translation times and cuts down on accuracy. Still, it did work more often than it didn't. As stated before, it also sometimes mistranslates similar-sounding languages through the incorrect earbud. For German and English, which share quite a large amount of similar-sounding words, this occasionally produced some funny, but potentially frustrating results.

Speaker Mode and Touch Mode worked far better. While the app is quick to translate, it's not 1-3 seconds quick. Short sentences, such as simple questions, were able to be translated in under five seconds on average. Lengthier, more complex sentences sometimes took upwards of ten seconds to translate. As with most translation software, the more complex a sentence is, the less likely it is that you'll get a perfect translation.

That said, it still landed within an acceptable margin of error. Was it 95% accurate? Yes and no -- if the sentences were simple and the background noise was minimal, the WT2 Plus knocked it out of the park with near 100% perfect feedback. If it got too loud or the sentences became too complicated, the accuracy did drop into the 75%-85% range. Very rarely did it miss the mark entirely, though, which only seemed to happen in boisterous environments while using simul mode.

The case and the battery life 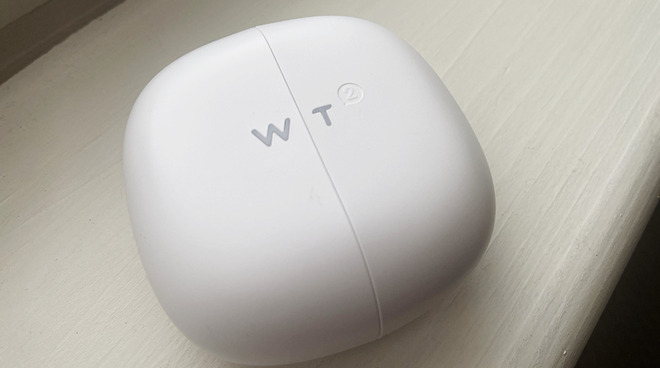 Unsurprisingly, the WT2 Plus earbuds are travel friendly. Their case is about the size of a MacBook power brick, and fit comfortably in luggage, carry-ons, laptop bags, purses, or coat pockets. The case is magnetic and easily splits apart for retrieval of each earbud. The flashing W and T on the front of the case indicate charging level of the earbuds inside. Each flash of the light equals one quarter charge, so two rapid flashes would suggest the earbud is charged at least to 50%.

The earbuds can get about 5 hours of active translation time. The always-on Simul Mode will drain the batteries the fastest, while both Touch Mode and Speaker Mode give you quite a bit more time before you'll need to recharge them. If fully drained, it takes about an hour and a half before you'll get them back up to 100%. It does not appear that there is a quick-charge enabled feature in these headphones, so it's likely worth it to return them to the case to prevent getting stranded without them when you need it most.

The case will recharge the earbuds two times from 0% to 100%, with enough of a charge left to get nearly to 50% before it will need recharged. When it comes time to charge the case, you'll have to use a microUSB cable. While they have provided one, we would have liked to see them shift to USB-C instead. 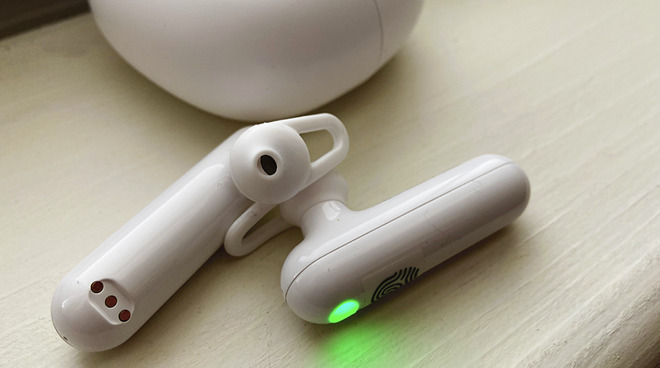 We do have some complaints about fit, though. The hard plastic earpiece doesn't come with multiple sizes of silicone covers, which means they've guessed what size will work well for everyone. Similar to the original earphones included with the iPod, they don't sit well in some people's ears.

With a bit of fiddling, we found that we could get them to precariously hang where they needed to, but became very concerned about them falling out. Additionally, the ear piece is covered in a silicone ear-tip that features a confusing, ill-fitting bump that only seemed to make matters worse.

There's a bit of added security included, though, with a plastic ear-hook that can loop over the ear to hold it in place. Sure, it doesn't fit like a glove, but at least you're not going to drop your expensive earbuds onto the pavement.

One other minor complaint we have is that the earbuds do not function as earbuds in any other capacity. You cannot take a phone call or play music through them, so you'll need to carry a second set of earbuds for normal, earbud-centric purposes.

While we don't think it's a device for everyone, we feel that it could be a handy device for specific people. If you regularly travel to areas where you don't speak the native language, it's a great way to give you an added level of control.

If you routinely meet with clients or customers who may not be entirely comfortable speaking a shared language, it could help break down barriers in communication. And of course, if you're feeling a little anxious about a vacation to another country, the WT2 Plus can help alleviate that problem as well.

If you'd like to get your hands on your own WT2 Plus translation earbuds, you can head over to Amazon and pick up a pair for $229.