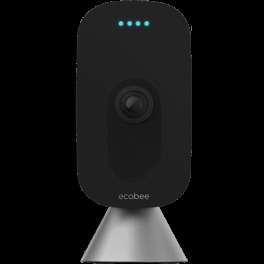 We've heard rumors of Ecobee's intention to release a new smart camera, adding to its existing lineup of smart thermostat and switches, but new documents found by Zatz Not Funny on Friday have seemingly confirmed support for HomeKit.

At the moment, while it seems HomeKit is all but certain, thanks to the FFC's filings showing the HomeKit pairing sticker, the extent of HomeKit support is still unknown. It could simply support streaming video through HomeKit or it could include HomeKit Secure Video.

HomeKit Secure Video would allow you to store the camera's recordings in iCloud. Recently, we've seen more cameras adopt HomeKit Secure video including an update to the Netatmo Smart Indoor Camera and the upcoming Eve Cam.