AppleInsider
Posted: March 18, 2020 12:20PM
in General Discussion edited March 2020
Apple has unveiled an update to the 11-inch and 12.9-inch iPad Pro, both of which now feature a dual-camera system, full trackpad support, a LiDAR scanner for Augmented Reality, and an updated processor. 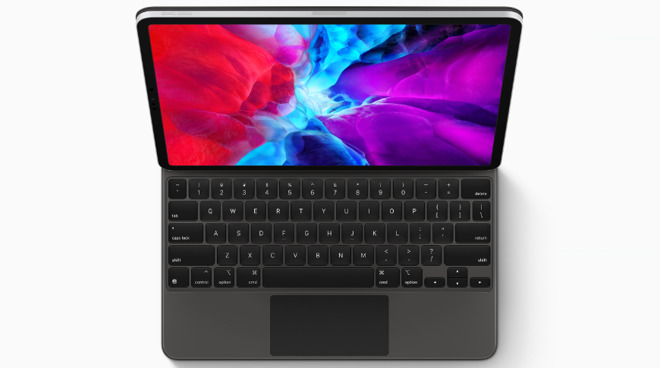 Apple has revamped its flagship iPad Pro models and given them a dual-camera system that includes a 10 megapixel ultra-wide and 12 megapixel wide lens. Previously the iPad Pro featured only a single 12-megapixel camera on the rear, so this adds widescreen and zoom to the range. The new update also adds a LiDAR Scanner, which is used for depth sensing and so helps facilitate Augmented Reality work.

Running the newly updated iPadOS 13.4, the 11-inch and 12.9-inch iPad Pro models now fully support trackpads and one is included the new Magic Keyboard for iPad. The separate keyboard is backlit, and attaches magnetically with a cantilever that lets the iPad Pro float above the keys.

"The new iPad Pro introduces advanced technologies never before available in mobile computing," Phil Schiller, Apple's senior vice president of Worldwide Marketing, said in a press release. "Combining the most advanced mobile display with powerful performance, pro cameras, pro audio, the breakthrough LiDAR Scanner and new Magic Keyboard with Trackpad, this is another huge leap forward for iPad. There's no other device in the world like the new iPad Pro and we think our customers are going to love it." 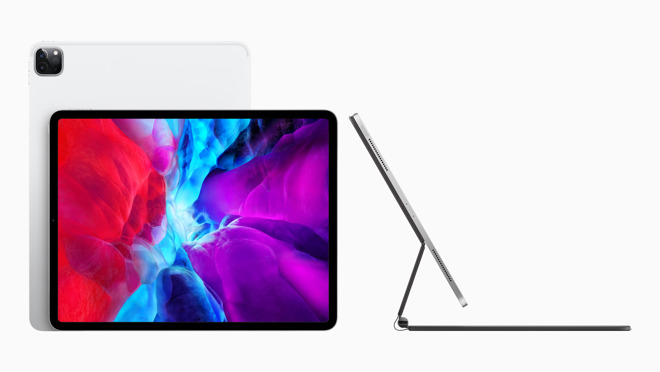 "We're making iPad even more capable and versatile by bringing trackpad support to iPadOS," added Craig Federighi, Apple's senior vice president of Software Engineering. "We carefully considered the best way to integrate trackpad use into a touch-first environment while retaining everything our customers know and love about iPad. We're thrilled to bring this new way of interacting with iPad to the millions of people using iPadOS today."

While not as radical an upgrade as the previous model -- which introduced USB-C, Face ID and storage up to 1TB -- the 2020 iPad Pro is a notable update in specifications, utilizing Apple's new A12Z Bionic chip.

Aside from the camera system, however, it's not as marked an update as the 2018 models were over their predecessors. Consequently, whether it's enough to attract many people who bought those previous models is uncertain, though, and especially since future ones are expected to introduce that 5G connectivity in 2021.