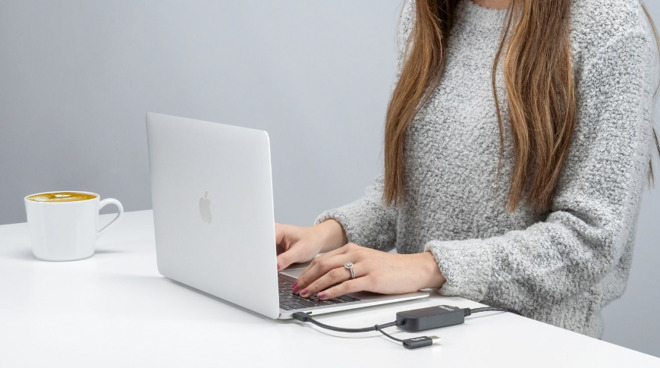 The new adapter supports wired speeds of up to 2.5 times faster than the 1 gigabit per second standard when used with Cat 5e cabling and appropriate network infrastructure. This means that users can leverage existing cables commonly found in existing networks in conjunction with new switches and perhaps routers to more than double the performance of a local network compared to traditional Gigabit Ethernet.

It also supports auto-negotiation and is compatible with both full-duplex and half-duplex networks. It connects to a computer via USB-C but also boasts a USB 3.2 Gen 1 USB-A adapter for increased flexibility. The adapter is compatible with Windows 10, 8.x, and 7, and macOS 10.7 and above.

The Plugable 2.5 Gigabit USB Ethernet Adapter is available for purchase at Amazon for $39.99, with a $10 discount offered using promo code 25ETHERNET from 1PM eastern time on Tuesday. It is currently available in the US, UK, EU, Australia, Canada, and Japan.