AppleInsider
Posted: March 28, 2020 8:00PM
in iPod + iTunes + AppleTV edited May 2020
Even now, years after the hard drive-based iPod was discontinued, apps have attempted to recreate its interface, movies have featured it as major character props -- and there are a small number of people continuing to use them. Here are the details for how you can revive yours, too. 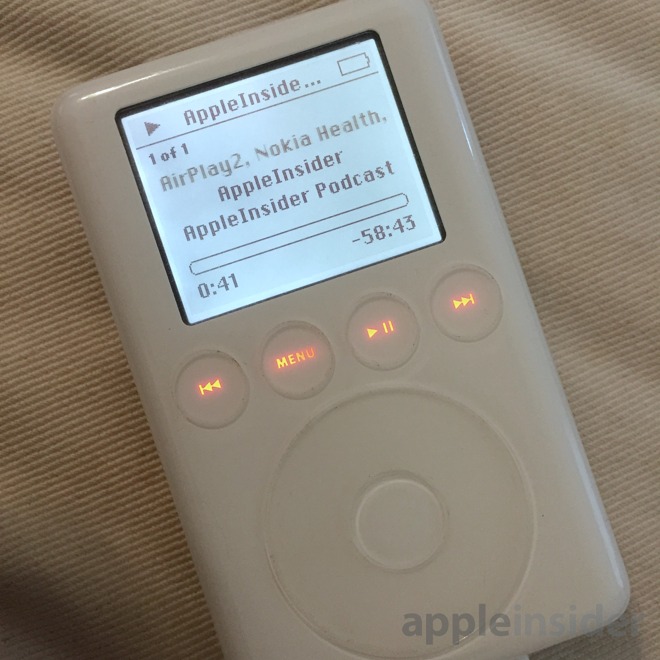 "I got different iPods for different days, and moods," the protagonist says, while wielding an iPod Mini in a pink bedazzled case, in Edgar Wright's movie from 2017, "Baby Driver." What makes this appreciation of obsolete technology interesting, is that it's still so useful.

We understand as well as anyone that the future of content appears to be subscription services. Whether it's video via Netflix, Hulu, DirecTV Now, and whatever Apple decides to do, or audio with Spotify or Apple Music, streaming music services are here.

At the same time, there's something tangible about owning music, having it downloaded by default, on a dedicated device just for music. Fortunately, there are plenty of iPods available for the task. Maybe you have one in a desk drawer somewhere, or they're available relatively cheaply second-hand.

The weakness of the iPod is the spinning storage media. It puts a higher strain on the battery to move the platters and head, and it's fragile in an accidental drop. Of course, the iPod does some neat things with memory cache to avoid spinning up the drive frequently, but it's still limited by the laws of physics.

For this project, our preferred iPods are the fourth generation click-wheel iPod, iPod Photo or color, or the fifth and 5.5 generation iPod Video model.

A good iPod's got to know its limitations

There are limits. Early iPods used parallal ATA drives, or PATA. Systems that use PATA drives, without getting too technical about, it have a limit of being able to address 127GB.

In general, an iPod that started life as a 30GB iPod can hold about 20,000 songs, although some reports indicate as much as 30,000 songs. That same 30GB iPod was originally sold as holding 7500 songs.

It is possible to get around the size limitation by installing Rockbox, an open source third party OS on the iPod. We have installed Rockbox in the past, but didn't really enjoy it.

So why would you want this much storage if you can only hold the same amount of songs? Well, you could choose to use lossless files, which take up more storage space (about 30MB a track) and play with higher fidelity. In every case, by upgrading the storage, you're at a minimum more than doubling the number of songs to as much as 6 times as many songs depending on which model you start with.

As a side benefit, flash storage uses less power, so the amount of play time will increase over the original hard drive. If you choose to replace the battery with a new unit while you have the iPod open, you'll only stand to gain longer amounts of time between recharging. 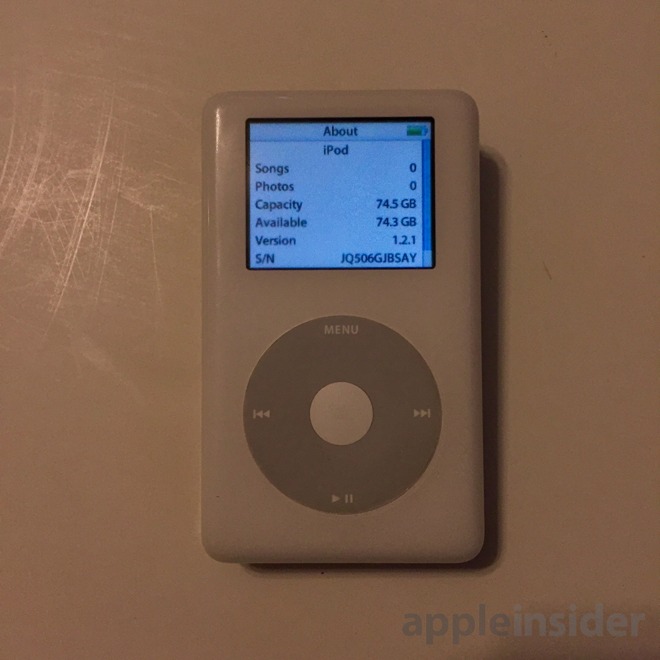 Expanding the iPod storage is an idea that comes up due to how useful the iPod really is.

"Where are you at on your prepper journey?"

In the years since the iPod Classic has been discontinued, flash media has become inexpensive. We first attempted to convert an third generation iPod with the touch wheel and four controls in a row. 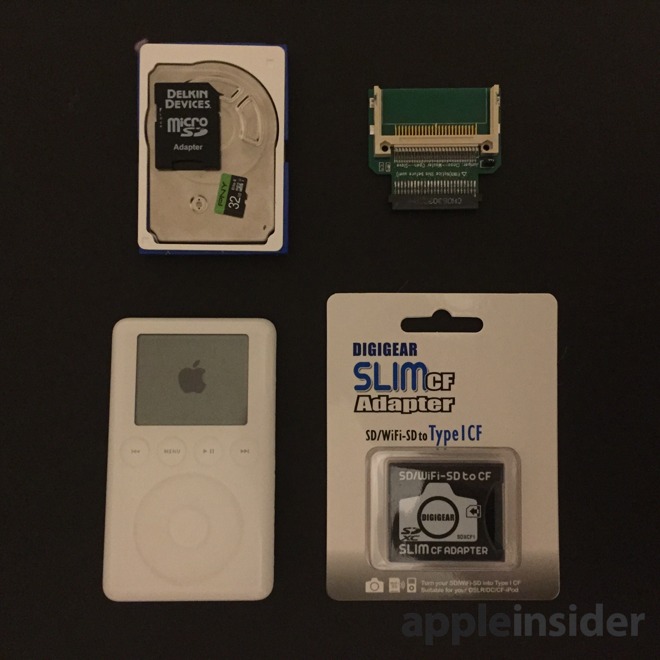 Why are we doing this?

The iPod existed to put thousands of songs in your pocket. That's it. It turns out, 19 years after the introduction of the first iPod, this is still a good idea.

There are a few ways to go about replacing the spinning hard drive with flash media. The summary is, you use an adapter board to replace the hard drive, and then use flash media instead of the hard drive for storage. The boards we use have either one Compact Flash slot, or four MicroSD slots, and one of the adapters required a replacement ribbon cable to adapt to the correct connectors. 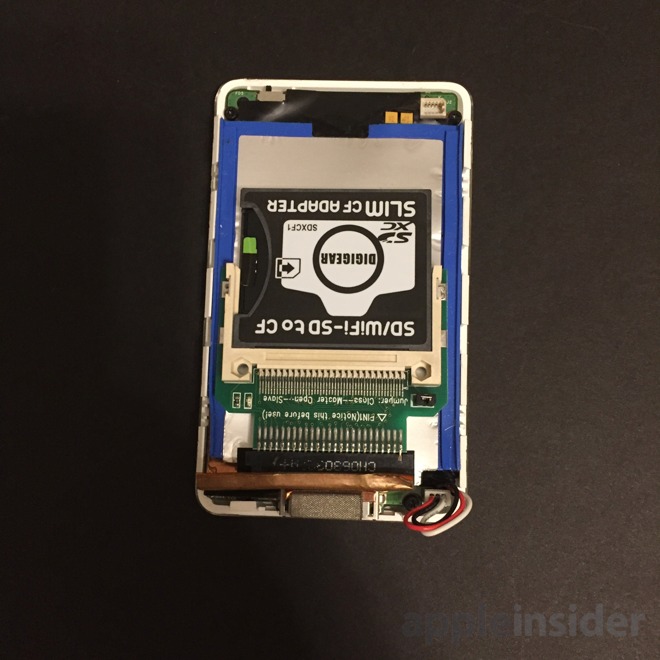 The tradeoffs are few. With a CF card slot, you use a CF to SD adapter, and can insert a single fast SD card. If you really wanted to go crazy, you could get the mSATA adapter and attach a 1GB flash drive in place.

We started by placing a CF adapter with CF to SD and a single SD card in an iPod 3G, which had four touch sense buttons in a row, rather than around the sides of the touch wheel. This iPod to CF adapter was purchased years ago from ebay, described as a Compact Flash To Hard Drive IDE Toshiba 1.8" Adapter.

We don't recommend that you use a FireWire iPod, unless you have a Mac with FireWire. It's nice for nostalgia purposes, but not great for actual use. Chasing down a good 30-pin USB cable is hard enough, but a good 30-pin FireWire cable, and a Mac with working FireWire makes it a difficult proposition.

Even if the third generation iPod can sync with iTunes over USB, it requires FireWire to restore, or copy over the iPod OS.

A fourth generation iPod, the first full size iPod to have a click-wheel, is a lot easier to use with a modern Mac. It charges and syncs over USB, and restores the operating system over USB.

The first step is to format your new cards. If you're using SDXC, use an SDXC reader. Using an SD reader with an SDXC card can damage it. 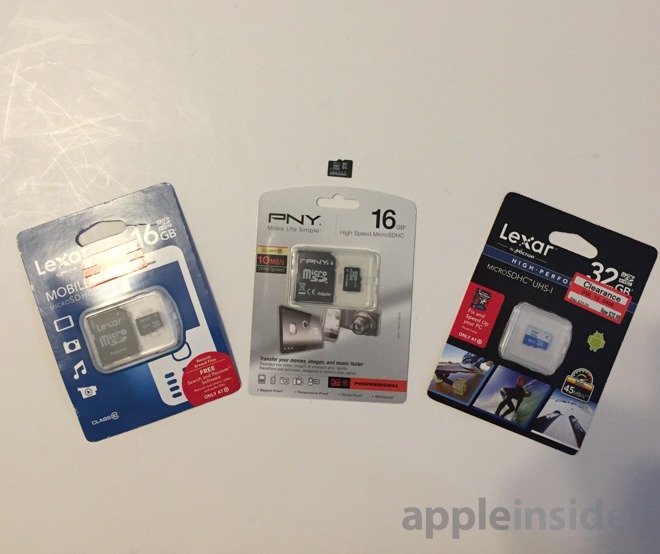 Download SDFormatter from sdcard.org. Format the cards as FAT32, even if they came formatted as ExFat.

Next up, open up your iPod. We generally start at the corners and work our way down the sides, releasing the internal catches that lock the front to the back. 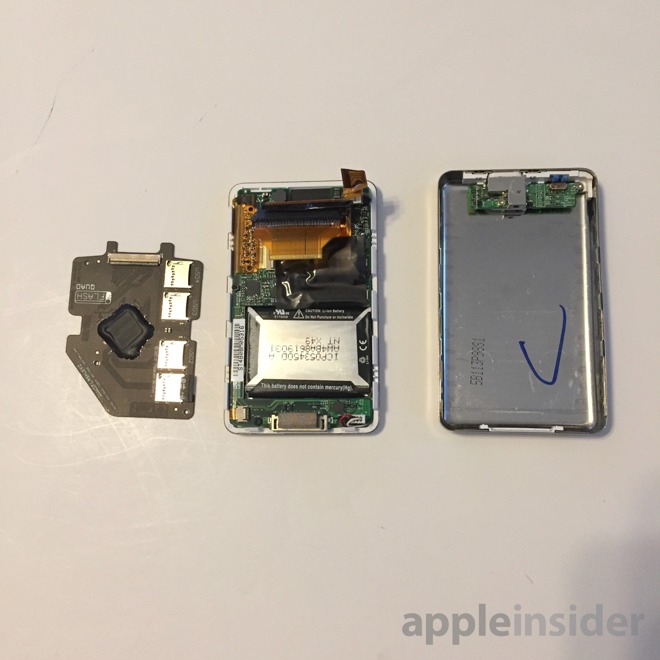 We used a FlashQuad adapter from iflash.xyz with four MicroSD card slots. Because these were fourth generation iPods, we also used a new ribbon cable to adapt the adapter's ribbon cable connector to the iPod's drive connector. If we were using newer iPods this wouldn't have been required.

When you put in one of these adapters and load it up with cards, formatting it causes all four MicroSD cards to be seen as one drive. After formatting, use iTunes or Music, OS depending, to restore it as a Mac HFS+ iPod rather than as a Windows iPod. 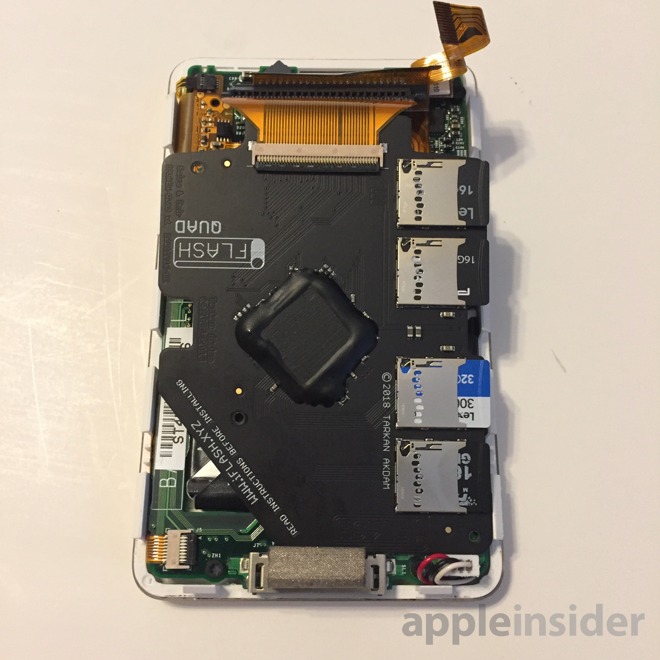 At that point, you're ready to sync. The major question left is, how much music do you have stored on your hard drive or home server, versus having migrated to Apple's streaming Music? 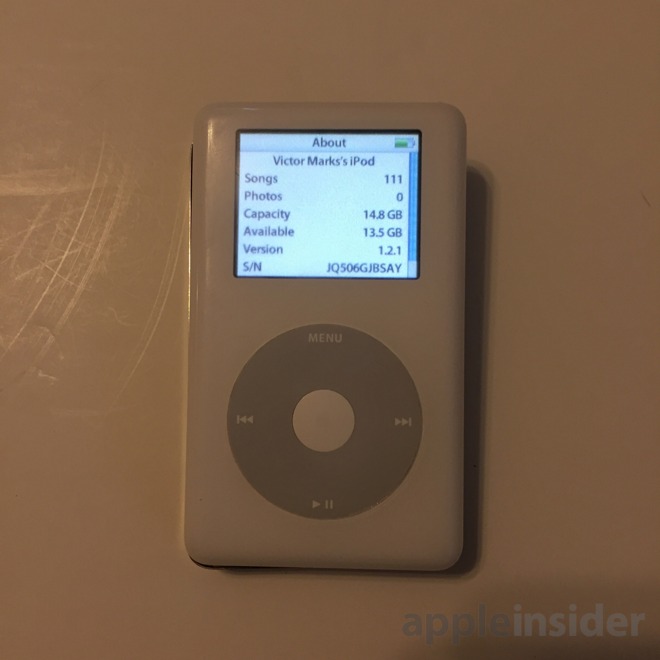 The trouble with Apple Music

Being able to navigate by feel (adjusting volume, back and forward for tracks, play/pause) is something that got lost with the touchscreen iPod and iPhones. Using an iPod brings back the delight of using a device that was purpose-built around one thing - your entire music collection in the palm of your hand. 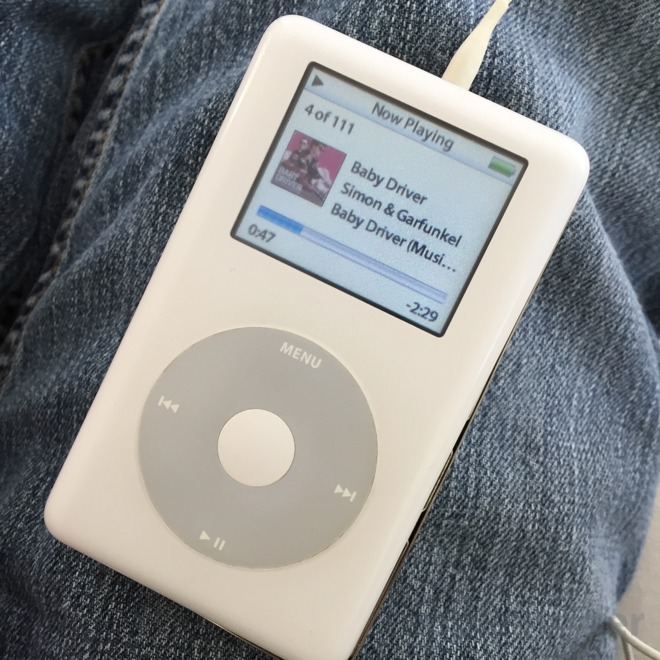 What's this going to cost

We found several 4th generation iPods available for $30, making the lowest possible cost for the whole project come in at $73 for an iPod color with 128GB of storage. You could also use a 256GB card in place of the 128GB card if you used a 7th generation iPod that supported 160GB to begin with. Of course, using the FlashQuad costs more, but lets you use higher amounts of storage.