AppleInsider
Posted: March 30, 2020 9:13PM
in General Discussion
A new lawsuit claims that Apple and a music distribution company are involved in a "massive music piracy operation" to profit from re-recorded compositions. 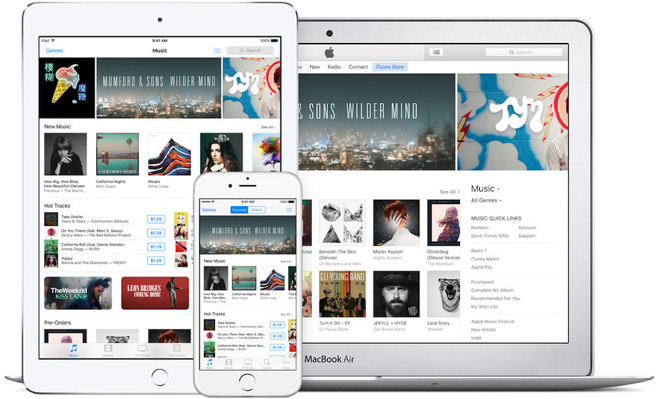 A new lawsuit alleges that Apple is distributing pirated copies of popular songs and jazz standards via iTunes.

Apple is no stranger to music-related lawsuits. In September 2019, a complaint alleged that the Cupertino tech giant profited from pirated recordings of music pulled from physical copies. Now, a similar lawsuit has Apple in the crosshairs again.

The lawsuit, filed Monday with the U.S. District Court for the Northern District of California, accuses Apple and Adasam Limited of illegally reproducing and distributing more than 80 pirated recordings of musical compositions.

Adasam is a UK-based music distribution company that apparently has no visible internet presence. On the iTunes Store, it operates under imprint names like Blue Orchid, Six Week Smile and Atlantic Motion.

More specifically, the suit claims that Adasam is selling recordings by "virtually every well-known recording artist from the 1920s through the 1960s." The company's catalog is allegedly pirated, since the plaintiffs say it did not obtain the proper mechanical licenses to duplicate the recordings.

As for Apple's part in the alleged scheme, the complaint claims that the company contracts with Adasam to distribute its bootlegged catalog on the iTunes Store. In many cases, the allegedly pirated copies are offered in addition to legitimate duplicates offered by record labels.

In one case, a legitimate version of Lena Horne's "Stormy Weather" was being sold by RCA on the iTunes Store for $1.29, while a supposedly bootlegged copy was offered by Adasam for 99 cents.

"All of this should have made it obvious that Adasam is operating a huge music piracy operation," the suit reads. "Apple had actual knowledge of, or willfully chose to ignore, the evidence of piracy, and participated in the infringement on a massive scale."

Among the plaintiffs in the case are SA Music, The Harold Arlen Trust, the Ray Henderson Music Co. and the Four Jays Music Company. The latter plaintiff also filed the aforementioned lawsuit from September.

Combined, the plaintiffs wrote hundreds of popular songs and jazz standards. Harold Arlen, for example, co-wrote "Over the Rainbow," Harry Warren composed songs like "The Chatanooga Choo Cho" and "I Only Have Eyes for You," and Ray Henderson wrote "Bye Bye Blackbird," among others.

The complaint is seeking damages and legal fees, as well as a permanent injunction that would bar Apple and Adasam from allegedly infringing on the plaintiffs' copyrighted material.