AppleInsider
Posted: April 1, 2020 3:37PM
in General Discussion
As New York launches a probe and a class action lawsuit is levied against video conferencing app Zoom, a security researcher has discovered two vulnerabilities in its macOS client. 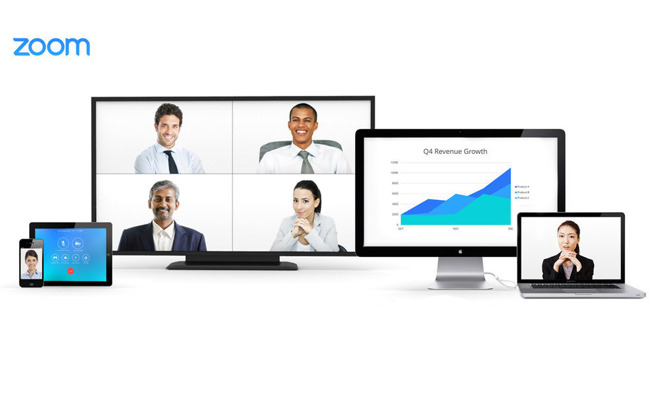 Security researchers and governments are raising new concerns about Zoom's privacy and security.

Zoom has become wildly popular in the midst of the COVID-19 pandemic, despite its questionable security and privacy reputation. And now, when more and more users are turning to the app for work meetings or chats with friends, hackers and governments are raising new concerns about the platform.

Patrick Wardle, a macOS security researcher and former hacker for the National Security Agency, has uncovered two new local security vulnerabilities in the latest version of the Mac Zoom client.

The first flaw relies on the "shady" way that Zoom installs itself on a Mac, which we've previously covered. By taking advantage of the installation process, which is done without user interaction, a user or piece of malware with low-level privileges can gain root access to a computer -- the highest level of privilege.

While local exploits like these typically require physical access to a computer, they're usually much more common and difficult to prevent should the rest of the criteria that are needed are fulfilled.

This isn't Zoom's first security blunder, either. In 2019, a security researcher found a zero-day vulnerability in the app that could have allowed malicious websites to activate and view a Mac webcam without user knowledge.

Along with the security flaws, Zoom has also recently caught flack for its privacy practices. Earlier in March, Motherboard found that the Zoom for iOS app was sending off user data to Facebook, even if users didn't have a Facebook account.

While Zoom has since removed that "feature," New York has opened an investigation into the app and a class-action lawsuit has been lodged in California.

In a separate development, Zoom may also be inadvertently leaking user email addresses and photos to complete strangers, according to Motherboard.

This appears to be happening, because Zoom treats all email addresses with "non-standard providers" (Gmail, Yahoo or Hotmail) as single companies. Users with those non-standard addresses are able to see the full names, profile pictures and statuses of other users with the same email provider. They're also able to start video chats with those users.

On Tuesday, The Intercept also alleged that Zoom was misleading customers by claiming that video calls were end-to-end encrypted. They aren't. Instead, Zoom is using transport encryption, which encrypts the connection but doesn't hide calls from Zoom itself.
«12»