New Apple TV+ trailer reveals 'Here We Are: Notes for Living on Earth'

AppleInsider
Posted: April 1, 2020 4:43PM
in General Discussion edited April 2020
The latest Apple TV+ show called "Here We Are: Notes for Living on Earth" is set to debut on April 17, and Apple has released a trailer. 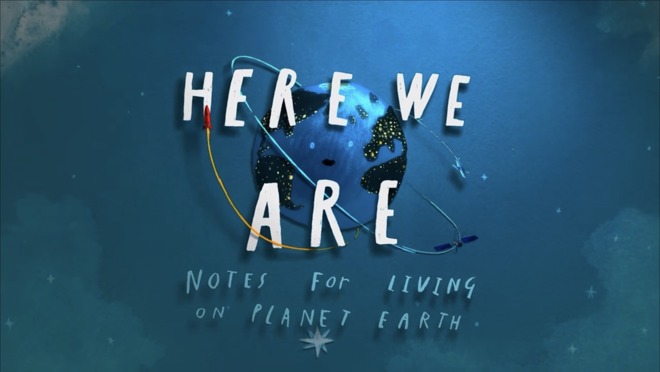 Apple TV+ show art for "Here We are: Notes for Living on Planet Earth"

Apple released a trailer for an upcoming children's film titled "Here We Are: Notes for Living on Planet Earth." The movie is adapted from the best-selling children's book by Oliver Jeffers, and created by animation firm, Studio AKA. 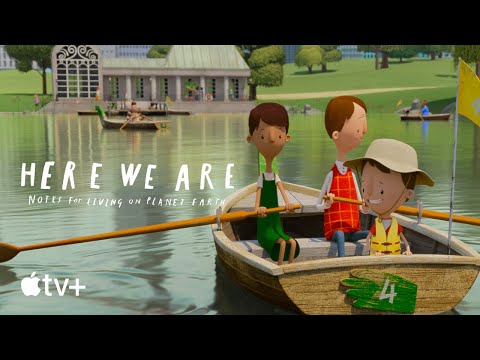 The description as provided by Apple:

On the eve of Earth Day, a precocious seven-year-old learns about the wonders of the planet from his parents-- and a mysterious exhibit at the aptly titled Museum of Everything. Based on the best-selling children's book by Oliver Jeffers. The all-star voice cast includes Chris O'Dowd, Ruth Negga, Jacob Tremblay, and Meryl Streep.

The animated feature is only the fifth film added to the Apple TV+ library, and is only considered a short film at that, clocking in at only 36 minutes. Apple is releasing it as a celebration of Earth Day.