Apple researching smart glasses with holography to keep weight down, image quality up

AppleInsider
Posted: April 16, 2020 10:59AM
in General Discussion edited April 2020
Apple is researching the use of reflected holograms to keep the size of the augmented reality "Apple Glasses" to a minimum, yet keep the image quality for the user as high as possible. 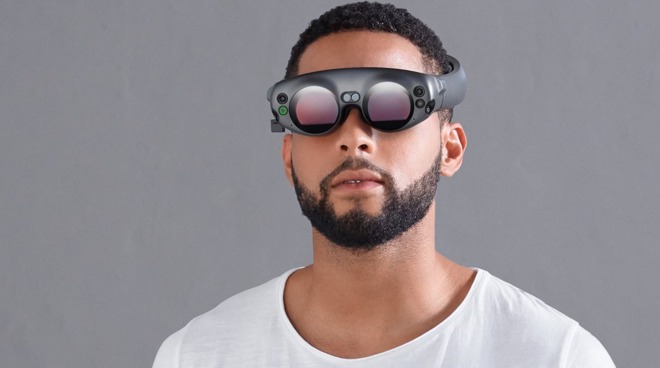 Apple has been working on a set of augmented reality wearable peripherals for some time. A constant question about any future "Apple Glasses" peripheral has been over how Apple can maintain its preference for sleek, high-performance systems instead of the bulk in some present headsets. A new patent provides part of the answer.

"Optical System with Dispersion Compensation," is a patent application that describes a method that combines a small "holographic optical element" which may project onto a reflective surface. So the holographic projector could be in the rim of Apple Glasses, and the fully or semi-reflective surface could be the lenses in front of the user's eyes.

"Head-mounted displays typically involve near-eye optics to create 'virtual' images," says the patent. "In the past, HMDs have dealt with a variety of technical limitations that reduced image quality and increased weight and size. Additionally, conventional mirrors and grating structures have inherent limitations."

The patent says that the angle of reflection between the optical element and the conventional mirror has a "suboptimal" impact on performance. This gets worse if there are many different projectors with "multiple reflective axes that covary unacceptably with incidence angle and/or wavelength."

Apple's answer is to use a type of reflective surface called a "skew mirror." This is a material that while it does reflect light, may only reflect certain frequencies or colors, and reflects it all out at a different angle. The glasses could use different skew mirrors to route colors from different projectors and have them all be directed into the wearer's eyes.

The advantage of a smaller system is clear, but if it didn't come with problems, everyone would be doing it. This projection and reflection is known as dispersion, and dispersion has issues.

What the wearer could see without a system like Apple's, is perhaps similar to when binocular lenses are not quite aligned and the edges of the image look hazy or have a shifting rainbow-like color effect. Unlike binoculars, these types of augmented reality images could also appear distractingly low-resolution. 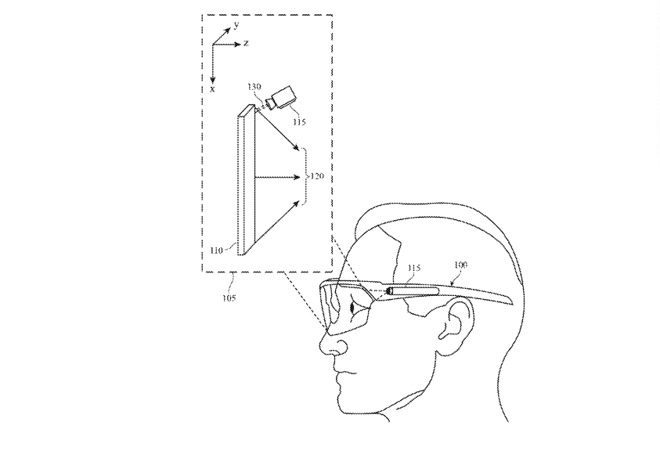 The lenses in a device like Apple Glasses need to be able to let the wearer see the real world as well as display the computer-generated images. What Apple is proposing is that the material also be able to reflect multiple images into the wearer's eyes -- without the wearer noticing that the image is created from more than one source.

Apple proposes that the optical element projecting these images be holographic. Much of this patent is concerned with how one or more holographic projections could be recorded.

Having the ability to replay or relay holographically-recorded images, Apple's proposal describes a system where the lenses in Apple Glasses "have reflective axis angles that vary by less than 1.0 degree."

The invention is credited to five inventors, Jonathan B. Pfeiffer, Adam C. Urness, Friso Schlottau, Mark R. Ayres, and Vikrant Bhakta. Between them, they have dozens of related previous patents, including Bhakta's "Projection device with field splitting element," and Ayres's "Process for holographic multiplexing."

This patent follows previous others that are also concerned with optimizing images to be displayed in AR glasses.