AppleInsider
Posted: April 24, 2020 12:39AM
in iPhone edited April 2020
A teardown video of Apple's new iPhone SE posted to YouTube on Thursday underscores consensus that the handset is an updated and rebadged iPhone 8, with the new phone sporting a nearly identical internal design and, in many cases, interchangeable parts. 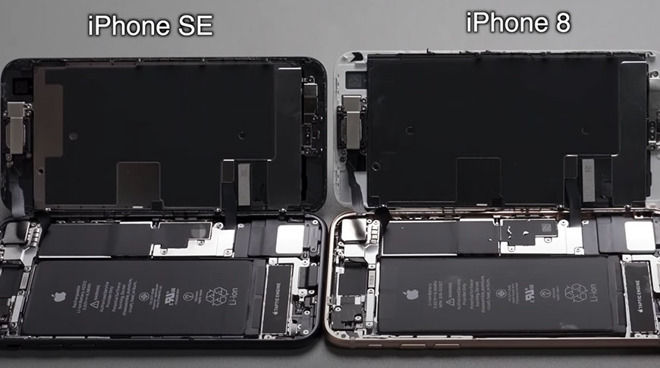 Conducted by Chinese mobile phone repair and technical training specialist Ao Technology, the teardown offers a first look at iPhone SE's internals, as well as a direct comparison with the iPhone 8 model it replaces.

A video of the disassembly and analysis of internal components was published on Weibo and cross-posted to Ao's YouTube channel, the latter of which includes English translations.

As anticipated, the SE's internal layout is nearly identical to that of its iPhone 8 predecessor. Significant changes were announced in Apple's press release last week, including an upgraded A13 Bionic processor with 3GB of RAM, updated connectivity stack with 802.11ax Wi-Fi 6 and Bluetooth 5.0, and the company's "best-ever single-camera system." 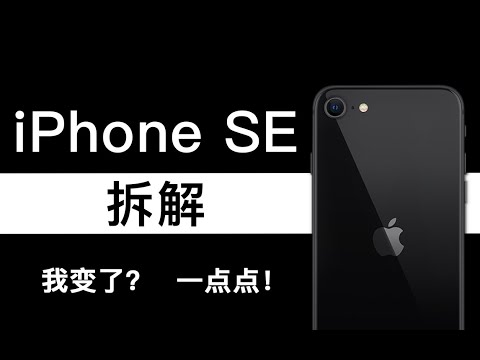 Beyond "A13" branding on the system-on-chip, which is hidden by protective shielding, the upgrades are not readily apparent.

In testing parts compatibility, Ao was able to successfully transfer the SE's display to an iPhone 8, though it is not clear whether the unit's Touch ID module functions as normal.

Further, an iPhone 8 logic board can be installed in the new SE, but its utility is limited. While basic system features like sound, haptics and touch controls work, the SE's rear-facing camera is incompatible with the old board carrying Apple's A11 Bionic system-on-chip. This is to be expected considering the advanced photo features built into the new affordable handset are powered by the A13. The SE also transitions to an iPhone 11-style battery connector despite maintaining the same 1,821 mAh cell as iPhone 8.