AppleInsider
Posted: May 1, 2020 12:44PM
in General Discussion edited May 2020
A new leak claims that the Apple Watch Series 6 will add mental health features, longer battery life, and an expansion of existing sensors so the device can measure blood oxygenation. 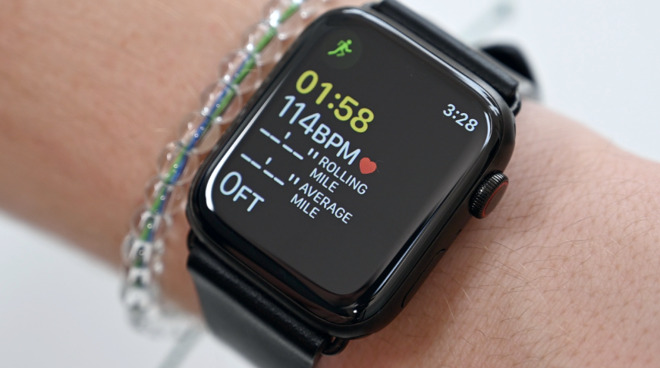 Apple's forthcoming update to the Apple Watch, presumed to be called the Series 6, is now rumored to include features to do with monitoring users for mental health issues, including anxiety. Twitter user Nikias Molina has no known previous track in Apple information, but has now details which have tersely confirmed by prolific leaker Jon Prosser.

Molina says that the Apple Watch Series 6 will contain a long-rumored sleep tracking, plus a previously unknown series of mental health abnormalities detection. These will be in part an extension of the current heart rate monitoring, and look for signs of unusual anxiety in users.

Asked about this plus Molina's claim that the Series 6 will feature longer battery life, a pulse oximeter, and run on an S6 chip, Jon Prosser tweeted "Yep!" with no more details. Molina claims he has more to follow at some unspecified time.

The Apple Watch, as it stands, has a heart rate sensor that has been used as a pulse oximeter in other medical-grade devices. The functionality is not enabled at this time, and would require FDA approval for use by consumers as a health monitoring device similar to what it had to get for the electrocardiogram technology.

The addition of sleep tracking to the Apple Watch in 2020 has been rumored before. Addition of sleep tracking would require more battery life, as most users presently charge the device at night. Alternatively, a low-powered implementation, and Apple shifting to some kind of faster Qi-related charging than it currently uses could only mandate a quick charge in the morning.

Such monitoring could be implemented as an extension of the existing Bedtime feature that was introduced in iOS 10.
«12»