AppleInsider
Posted: May 12, 2020 1:54PM
in General Discussion
Game accessory producer SteelSeries has updated its Nimbus wireless controller, with the MFi-certified Nimbus+ boasting a 50-hour battery life and a mount for an iPhone for extended gaming sessions on the move. 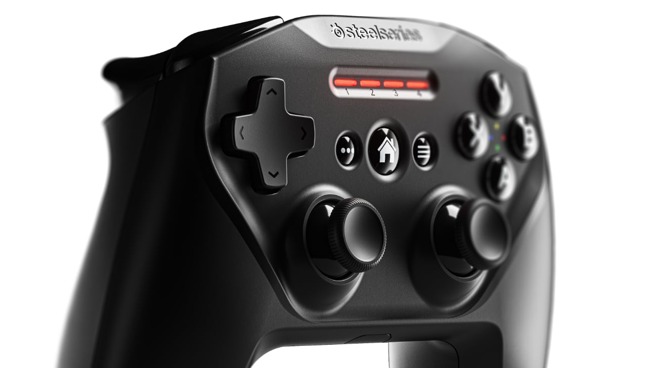 A refresh of the original Nimbus, the Nimbus+ Wireless GamePad Controller brings the SteelSeries accessory in line with current MFi specifications for wireless connectivity and pairing. It also takes advantage of other MFi features such as controller-supported game discovery, optimized button mapping, and fast re-connections with an iPhone or iPad.

The 50 hours of battery life is a 10-hour increase from the 40 hours offered by the first Nimbus. The Nimbus+ can be recharged via a convenient Lightning port at the top of the unit, between the shoulder buttons. 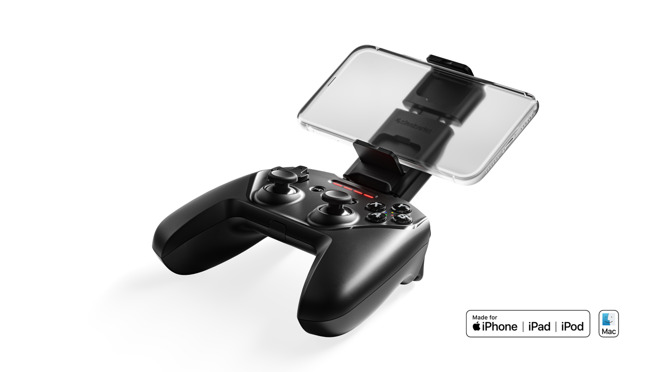 One big change as part of MFi is the introduction of clickable joysticks, a feature that is common on traditional console game controllers where pressing one of the two joysticks in counts as a button press. This adds two more buttons on top of the existing four main buttons, directional pad, home and menu buttons, shoulder buttons, and triggers.

The latest model also includes the Nimbus+ iPhone Mount in the box, allowing for an iPhone to be attached to the controller directly. Away from the iPhone, the controller is compatible with the iPad, Apple TV, and Mac, so it can be used to play Apple Arcade titles across Apple's ecosystem.

The SteelSeries Nimbus+ is available to purchase from Apple.com for $69.99, with SteelSeries' own store stocking it from May 26.