AppleInsider
Posted: May 12, 2020 2:25PM
in General Discussion edited May 2020
After being announced at CES 2020, the August Wi-Fi Smart Lock is now available to order. The updated design is a significantly smaller form factor as well as integrating Wi-Fi directly, as the name suggests. 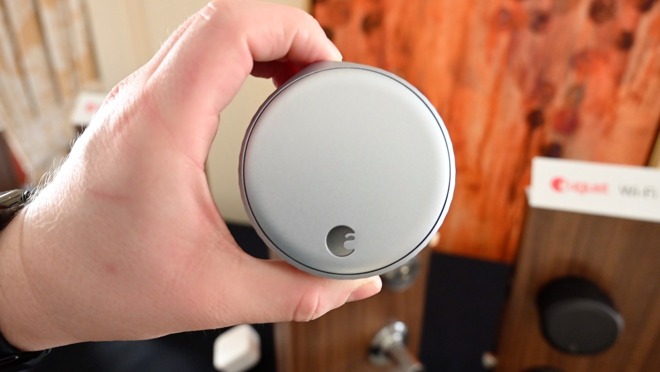 The August Wi-Fi Smart Lock has all the same functionality as the previous generation August Smart Lock Pro + Connect, but negates the need for the external Connect Wi-Fi module -- Wi-Fi is integrated directly into the lock itself. Not only that, but the new model is 45% smaller than the current August Smart Lock Pro design and 20% slimmer.

AppleInsider got a chance to test out the updated smart lock and were very impressed with not only its build quality but its functionality. The size difference really is notable and the grooved sides make it very apparent that it is intended to be turned, just like a normal deadbolt. 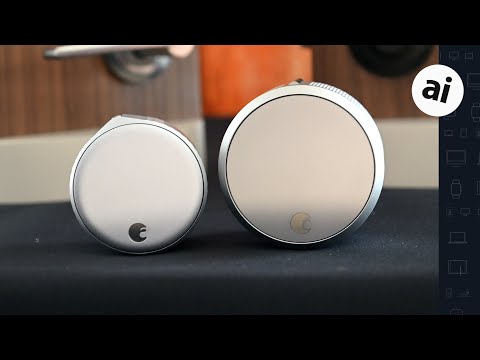 With the smart lock becoming ever-more crowded, August has continued to be a favorite for its sleek Yves Behar design and quick support for Apple's HomeKit. This new model is directly addressing the primary concerns customers have had and it will likely make a big difference.

August smart locks are easy to install, replacing the inside of the deadbolt while keeping the exterior design and key the same. They are even able to be installed in apartments or rental units which typically can be a no-go for full-replacement smart locks.
You can order the August Wi-Fi Smart Lock now for $249.99 direct from August or from Best Buy. It will be available at other retailers starting May 17th. It can be prdered in both silver, as well as matte black.