AppleInsider
Posted: May 22, 2020 3:28PM
in General Discussion edited May 2020
A Seattle-based District Judge has ruled that law enforcement agencies may not look at a phone's lock screen without a warrant as it violates Fourth Amendment rights. 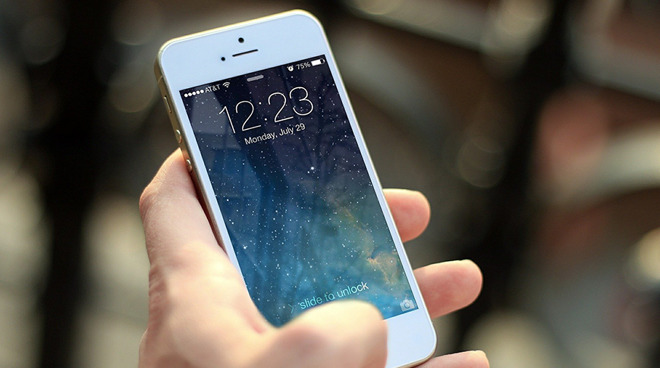 Law enforcement agencies must get a warrant before they attempt to unlock your phone, obtain data from the manufacturer, or come in possession of any information from the carrier. Now, for the same reasons, they may need to get one before they even look at a suspect's lock screen.

Joseph Sam was arrested in May 2019 and indicted on charges related to robbery and assault. He claims that during the arrest, one of the officers hit the power button to bring up the phone's lock screen -- though it's unclear whether or not the officer attempted to unlock it.

A year later, the FBI had obtained the phone as a piece of evidence against Sam. They turned on the phone and took a photograph of the lock screen, which displayed "Streezy" on it. Sam's lawyers then filed a motion to argue that the evidence should not be admissible, as it was obtained without a warrant, as pointed out by Ars Technica.

The reason is that police are given more liberties during a lawful arrest -- turning on the phone may be allowed as part of an effort to inventory the suspect's personal effects. Because there was no way to see how the police handled the phone, there is not enough evidence to rule their actions unlawful.

However, when the FBI took possession of the phone, their intentions were clear. When the police took a picture of the lock screen, it qualified as unlawful search, violating Sam's Fourth Amendment rights.

The government's attorneys argued that lock screens are not private. The counter-argument was that a lock screen is specifically designed to be viewed by everyone who isn't the owner when they try to access the phone, and there is no reasonable expectation of privacy.

Judge Coughenour did not agree.

"When the Government gains evidence by physically intruding on a constitutionally protected area-- as the FBI did here-- it is 'unnecessary to consider' whether the government also violated the defendant's reasonable expectation of privacy," he wrote.

A suspect cannot be compelled to give the passcode to unlock their phone, as it is considered testimonial and is subsequently protected under the Fifth Amendment. Whether or not a suspect can be compelled to use a biometric feature -- such as TouchID or FaceID -- is another matter.

In 2016, a woman was compelled to use her fingerprint to unlock an iPhone confiscated from a property owned by an Armenian Power gang member, one who at the time was in prison for unrelated charges.

In 2019, a Federal Judge ruled that police cannot force a person to unlock their phone with a biometric feature, as it would violate both Fourth and Fifth amendments.