Review: STM Goods' ChargeTree is a compact way to charge all your gear

AppleInsider
Posted: May 24, 2020 11:21PM
in iPhone edited January 21
The new ChargeTree multi-device wireless charging stand from STM Goods lets you power up your iPhone, AirPods, and Apple Watch while only taking up a tiny footprint. 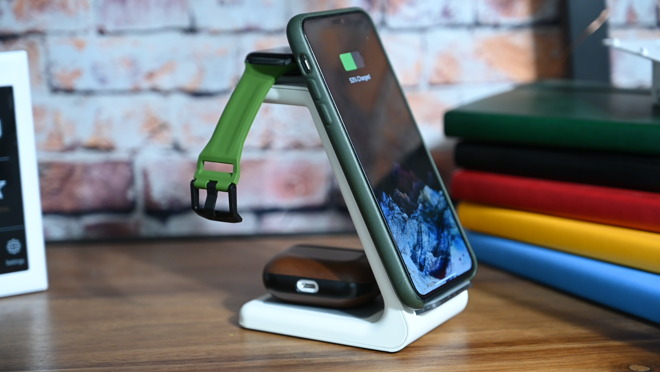 Most of these follow a similar formula. They look like an extra-large charging pad that also has some sort of Apple Watch charging puck integrated into it, whether hovering above the phone or inline with the two other wireless charging sites.

STM Goods is one of the first to buck that trend and take that three-in-one idea and go vertical rather than horizontal. 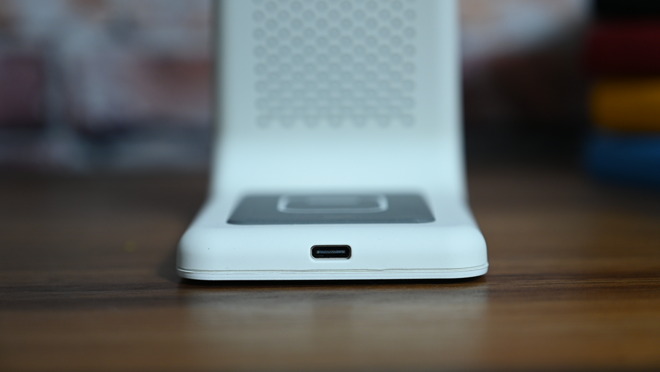 ChargeTree is powered over USB-C

ChargeTree is all about fitting the most into a small space. It has an angled wireless charging stand to the front, a small wireless charging pad for a set of headphones around back, and an Apple Watch charger hovering in the air.

The front charger is capable of outputting up to 10 watts of power, even though iPhones are limited to only 7.5W. It has a small lip covered in silicone for the device to rest on, which helps ensure that it is always correctly aligned with the Qi charger inside, and you can position your phone vertically or horizontally as well. 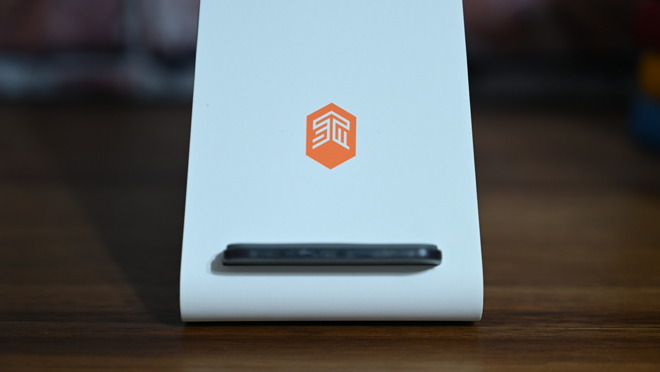 Hidden within the phone's perch are three status lights, one of which will illuminate for each of the three wireless chargers found on the ChargeTree.

When used horizontally, it's a perfect stand for kicking back and watching a few episodes on Quibi, or maybe taking a FaceTime call while still charging your device. 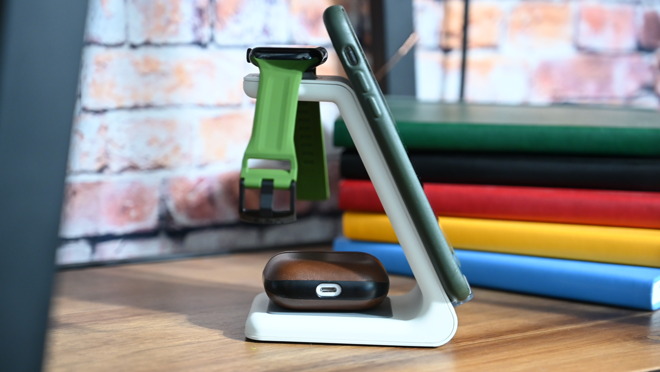 Side view of the ChargeTree

We've frequently been fans of charging stands with the latest generation of iPhones. With Face ID, it is more difficult to unlock the phone while it is flat and parallel with the table or charger, without resorting to entering the code or craning your neck.

Using a charging stand, it is easy to see what is happening on your phone as well as to unlock it when necessary. 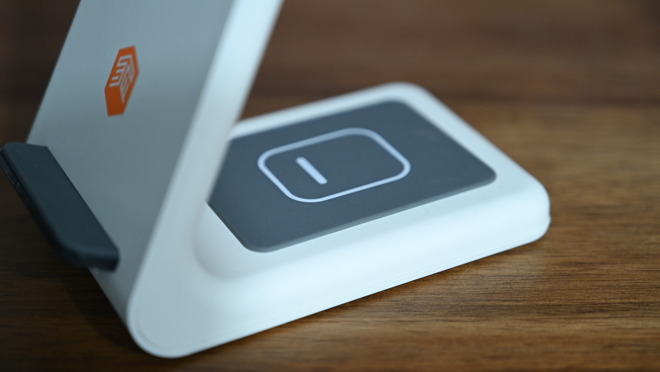 Then there is the small wireless charger around back that's limited to 5W of power. This makes it just right for a set of AirPods, which the stand makes clear by showing an outline of set of the personal audio accessories.

It is just the right size to hold a set of AirPods or AirPods Pro without them sticking out the sides. This too has a silicone pad to prevent lateral movement.

On top is the Apple Watch perch.

We've seen elevated AirPods chargers from companies such as Zens. While it does free up space, they are often right above your iPhone, and has the potential for the Apple Watch to cause damage to your iPhone should it fall or use a larger metal band.

Here, it is only above your AirPods, not your iPhone, and it has enough height that we wouldn't worry about dangling bands. 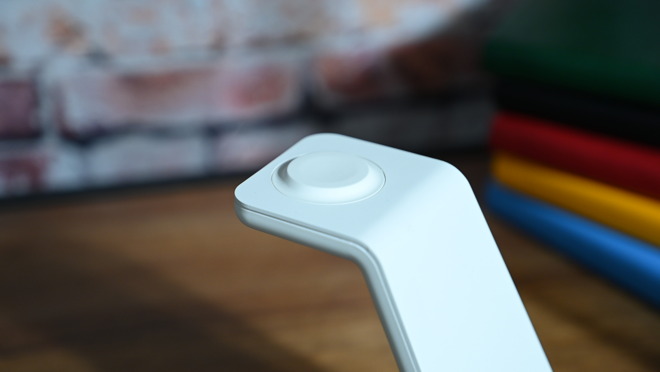 We do want to be clear that this Apple Watch charger, for the time being, is not Apple certified, though we've not experienced any negative effects in our extensive time testing the device. One perk of not being MFI-certified is that STM can alter the appearance slightly, with the sides of the puck blending down into the body of the ChargeTree for a very sleek appearance.

Should you buy the STM ChargeTree?

If you are put off by the lack of official MFi certification on the Apple Watch charger, then hold off on this version of ChargeTree.

If that doesn't give you an uneasy feeling, we'd wholely recommend STM Goods' ChargeTree multi-device charger. It is finally something different and takes space into consideration on our increasingly sought after desk space. 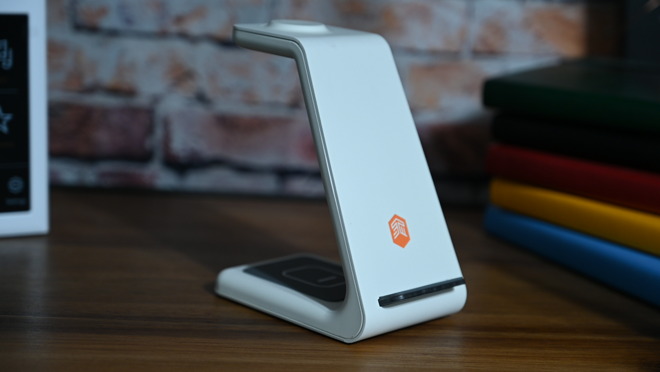 As we get more devices to charge, space becomes a premium and it is nice to have something this small to easily fit on our nightstand or desk.

STM Goods thought through the important aspects such as horizontal charging, easily detectable status lights up front, and utilizing USB-C.

If you have an Apple Watch, a set of AirPods or AirPods Pro, and an iPhone, there is little reason to not consider ChargeTree.
Pros

Snag your own STM ChargeTree for your iPhone, Apple Watch, and AirPods off Amazon for $79.95.