Analyst demands $250 Apple Watch -- but there already is one

AppleInsider
Posted: June 3, 2020 5:05PM
in General Discussion edited June 2020
An Apple stock analyst suggested today that Apple will sell 10 times the volume of Apple Watches that they do now, if they would just listen to him. However, Apple has already been doing what he wants them to do for some time. 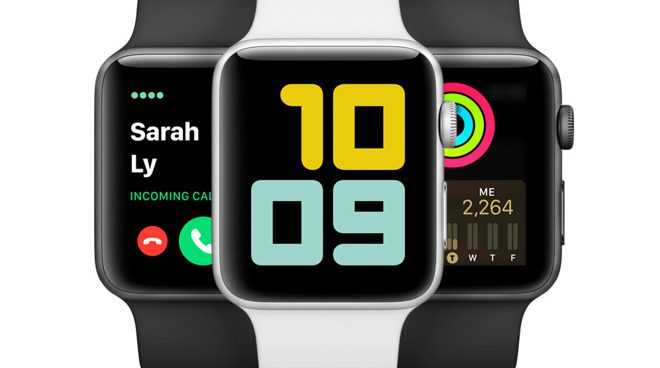 It is very easy to dish out advice to Apple, but it does take some real confidence to insist the company could perform ten times better by doing exactly what it is already doing. Nonetheless, that's what Bernstein analyst Toni Sacconaghi, who regularly claims that Apple's best days are behind it, has now tried doing.

"We see an opportunity for Apple to offer a less expensive [Apple Watch] (say under $250)," he says in a research note seen by StreetInsider. "We believe such a market could be huge (500M for continuous monitoring candidates, and potentially billions who might want to better track their health/key vitals)."

Sacconaghi argues that Apple could pull this off if they just cut back on the functionality of the Apple Watch, so that they could sell it for a lower price. He's adamant that this would increase sales of the Apple Watch by ten times, and he's a Senior Technology Research Analyst, so he should know.

The one thing he doesn't say is that Apple would need to come up with a name for this cheaper, less fully-featured Watch. But, most of what he wants is already in the Apple Watch Series 3.

He does think it should have fall detection, which didn't come in until the Apple Watch Series 4. But then he also thinks it should have the ability to detect the coronavirus somehow.

We'll also go out on a limb, otherwise known as checking Apple's website, and bet that the company could just possibly manage to sell this Watch for quite a little less than Sacconaghi's recommended $250. Such as around the $199 that it retails for, and often cheaper from vendors. If he's right that it's fall detection that will ignite sales, then you can regularly get the Apple Watch Series 5 -- not even the 4, the latest 5 -- from $299.

To be fair to Sacconaghi, you might presume that this wisdom had come off the cuff. Perhaps he was caught unprepared during one of his many appearances on CNBC to talk about the company. If that were the case, you might find a way to excuse him not happening to know the products and prices of a company he was telling people about.

However, this was a written note to clients, a prepared document intended for investors to rely on. And it's a little harder to take financial recommendations seriously when he hasn't looked those up, either.

It's one thing to be wrong about future Apple product predictions -- that's fine, it happens. After all, Apple has an entire security division dedicated to preventing and stamping out leaks. But, finding an analyst who is being paid to be this wrong about what they are doing in the present is a bit harder.