AppleInsider
Posted: June 16, 2020 1:08PM
in General Discussion
Two months after its last major update, Eve Systems is out with its newest version of its popular Eve HomeKit app with contextual menus, quick access to automation rules, and lot of little quality of life improvements. 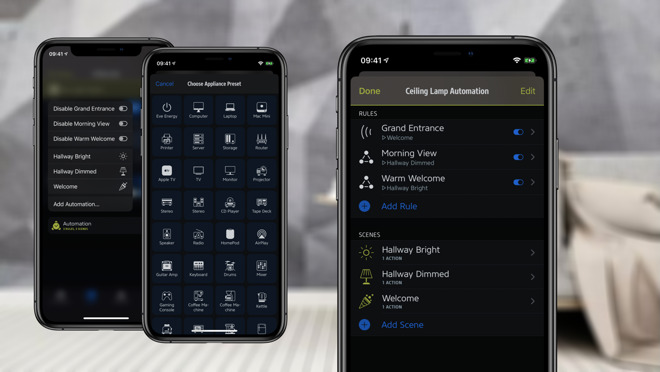 Now, users will be able to more quickly control their HomeKit devices in a myriad of ways.

New in version 4.3 of the Eve app, users can long hold almost anywhere in the app to access contextual menus -- similar to icons on the Home screen -- to access information. Hold on an accessory to control it or set a scene that it is part of. Hold on a room to quickly toggle on or off all lights in a room.

This update also unlocks new ways to view and manage accessories. Directly from an accessory's details view, you can see a new "automation" list that shows all rules and scenes an accessory is included in. You can also create new rules or scenes directly from the accessory. 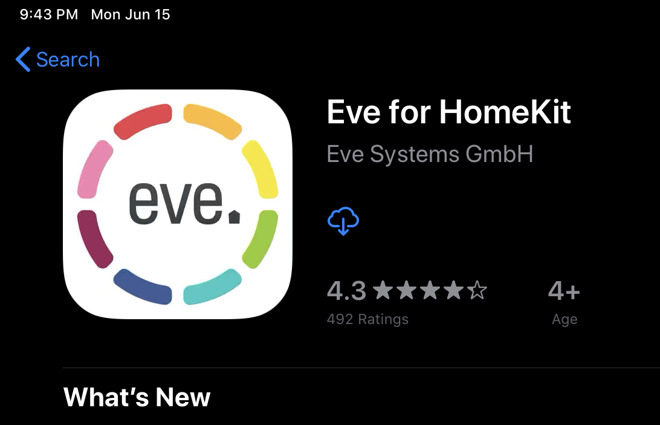 Eve Guard has now launched in Germany, and is a revolutionary window contact sensor that can trigger scenes if someone tampers with the window, let alone if it is opened.

Eve Cam's launch is just around the corner as well, with preorders already opening and quickly selling out.

The last update to Eve came out mid-April and included iCloud syncing between devices as well as initial support for the Eve Cam. Eve is available for free and is one of the best third-party HomeKit apps out there, whether or not you use Eve's HomeKit accessories.

Download the latest update now for free from the App Store. The update requires iOS 13.1.