AppleInsider
Posted: June 20, 2020 2:05AM
in General Discussion edited July 2020
Apple CEO Tim Cook will be served a subpoena to testify in front of the U.S. House Judiciary Committee if he refuses to willingly participate in an ongoing antitrust probe, the investigation's leader said on Friday. 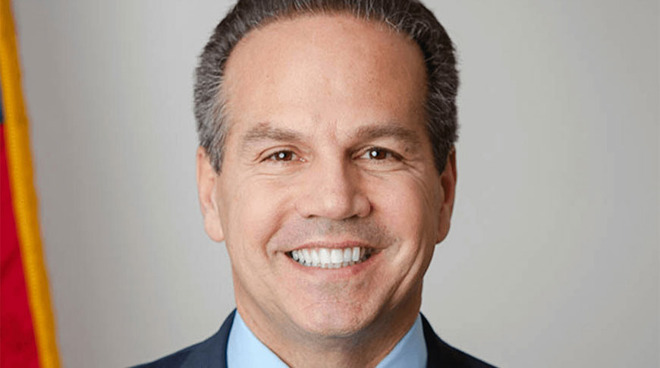 Rep. David Cicilline (D-RI), chair of the House's antitrust panel, in an interview with Bloomberg said he expects executives from Apple, Amazon, Google and Facebook will volunteer testimony in the ongoing antitrust probe after their presence was requested in formal letters sent out last week.

Facebook CEO Mark Zuckerberg and Google CEO Sundar Pichai committed to appear before lawmakers in letters to the committee this week, though their involvement is conditioned on testimony from other executives involved in the inquiry, The Washington Post reported on Tuesday. Amazon CEO Jeff Bezos signaled intent to testify on Monday, while Apple has not yet agreed to make Cook available.

While Cicilline believes all four executives will offer testimony on their own volition, he said the committee will issue subpoenas to obtain the information it needs to come to a decision. Bezos, for example, was previously threatened with a subpoena before Amazon communicated a willingness to participate.

"We are going to get the documents and the witnesses we need to complete the investigation," Cicilline said on Friday in reference to Cook's testimony. "It is my hope that that will happen voluntarily, but it has always been the intention of the committee that if it does not happen voluntarily, that we will rely on compulsory process to do so."

The House Antitrust Subcommittee announced a bipartisan investigation into "platform gatekeepers" and "dominant" tech firms last year. Apple is being scrutinized for its App Store business, so-called "Sherlocking" of third-party apps and systematic removal of parental control apps, among other issues.

Controversy over App Store policies came to a head this week when Apple rejected updates to Basecamp's new Hey email app on the basis that the software failed to include an option for in-app purchases. Basecamp founders David Heinemeier Hansson and Jason Fried subsequently spoke out against the decision on Twitter, in interviews and a via blog post posted to Hey's website.

Cicilline, who appeared alongside Heinemeier Hansson in an episode of The Vergecast podcast this week, called Apple's App Store fees "highway robbery." That sentiment was echoed in today's interview.

"This is very concerning that the use of the App Store, you know developers who are startups, are basically being forced to pay a ransom of 30% or they are denied access to that marketplace," he said. "And, you know, it's just coincidentally that Google and Apple arrive at the same thing, a third of the profit. [] And so for a developer, it puts them in the position of either you pay them the ransom or you go out of business or your app is not a success. That's a perfect example of an abuse of your market power to bully and exact unfair profits."

For its part, Apple says App Store guidelines are in place to cultivate a consistent consumer experience, not to generate excess profit. Critics, including some developers, view the Hey debacle as Apple chasing its customary 15% to 30% cut of App Store transactions.

"I get why there's a question here, but that's not what we're doing," Apple SVP of Worldwide Marketing Phil Schiller told TechCrunch on Thursday, adding that policies like in-app purchase requirements are designed to foster customer satisfaction.

Despite the kerfuffle, Apple is not considering a rule change or exemption for Hey, Schiller said. Whether that stance will soften in the coming days remains to be seen. Apple is slated to host its annual Worldwide Developers Conference next week, a gathering often viewed as a celebration of the tech giant's relationship with third-party developers.
«12»