AppleInsider
Posted: June 19, 2020 10:49AM
in General Discussion
A new update to Pixelmator Photo for the iPad makes it quick to perform edits on multiple images, and to copy adjustments between them all. 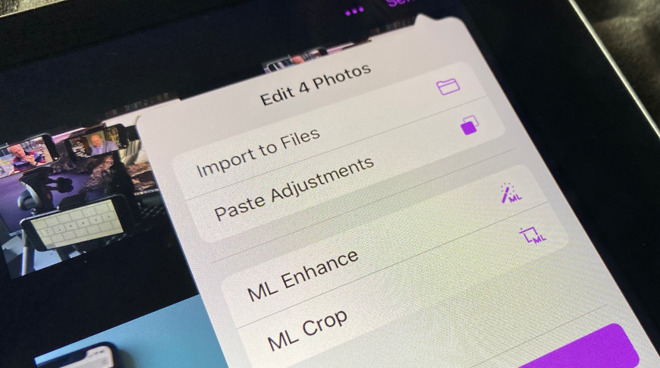 Pixelmator Photo 1.3 brings faster ways to access the tools you use most often

Pixelmator Photo 1.3 now lets users press and hold on an image in the app's photo gallery, to bring up a context menu with shortcuts. They're chiefly basic options that tend to be used regularly, so they are a quicker way to share, duplicate, revert, or mark an image as a favorite.

However, there is also always an option called Copy Adjustments. When an image has been edited, choosing this option from the context menu copies all of the effects that have been applied. It copies color changes, exposure adjustments, and, in our testing, all but cropping or resizing.

Then tapping and holding on another image brings up the same menu, but now with Paste Adjustments. It does exactly that, and this means once a user is happy with their work on one image, it is now very quick to apply those changes to other photos. 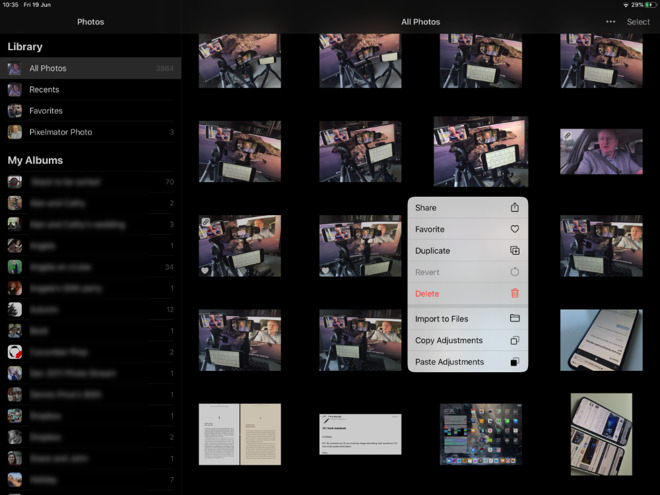 That's still editing one image at a time, albeit without having to actually open the photo to work on it. However, Pixelmator Photo 1.3 also brings an improved batch editing system for working on multiple images at once.

In the app's photo gallery, users can choose Select and then tap on any number of images. Tapping the Edit button now brings up an panel which, initially, offers just options to paste adjustments, or import the photo to Files.

However, there is also a More Workflows button. Tapping on this brings up a selection of features such as Pixelmator Photo's array of Machine-Learning-based options. Any of these, from the automatic ML Enhance option to ML Crop, can be marked as a favorite. They will then appear in the batch editing panel.

There is one further improvement in Pixelmator Photo 1.3, but it's not as significant. Users can now adjust what the developer calls accent colors. This is the scheme that sets what color Pixelmator Photo buttons are. 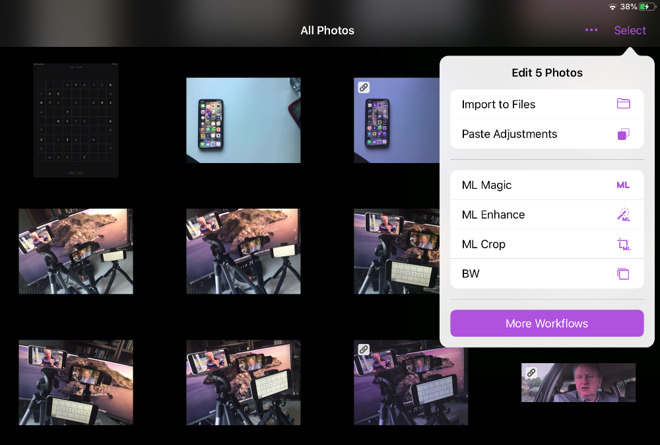 Pixelmator Photo 1.3 is a free upgrade for existing users, and costs $4.99 on the App Store for new buyers.