AppleInsider
Posted: July 16, 2020 9:41PM
in General Discussion edited July 2020
A day ahead of World Emoji Day, Apple on Thursday previewed some of the new emoji characters that will be arriving in iOS 14 and other software updates this fall. 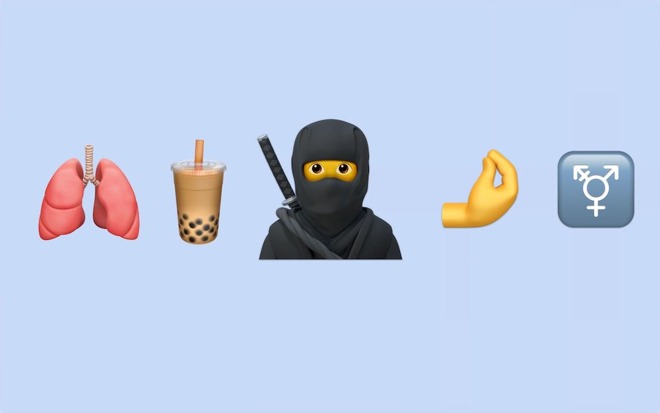 The emoji, approved by the Unicode Consortium earlier in 2020 as part of the Emoji 13.0 release, will include around 117 new characters in total.

Some of the new emoji previewed by Emojipedia include a Chinese nesting doll, a ninja, a tamale, a coin, a transgender symbol, and bubble tea.

In addition to iOS 14, the new emoji characters will likely debut on iPadOS 14, macOS Big Sur and watchOS 7.

Although the Emoji 13.0 release will debut as expected in the fall, a subsequent iteration of the standard has been delayed until 2021. That means new emoji characters might not reach iPhones until 2022.