AppleInsider
Posted: August 4, 2020 8:54PM
in macOS edited August 2020
Rounding out its set of betas for the milestone operating systems, Apple has provided developers with a fourth build of macOS Big Sur for testing. 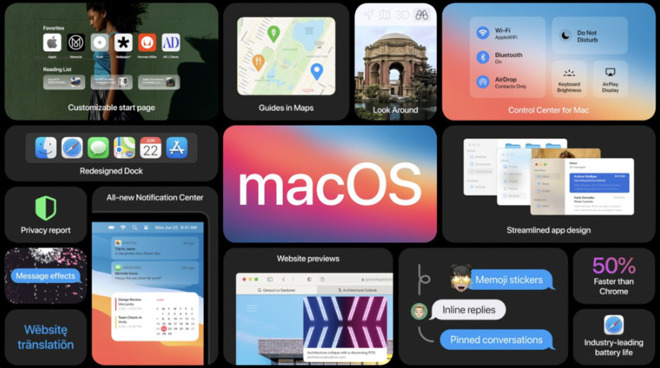 Apple has already released betas for the other four operating systems of this generation, with iPadOS 14 and iOS 14 surfacing first on Tuesday before a secondary release for tvOS 14 and watchOS 7.

For macOS Big Sur, or macOS 11, Apple's main priority for the release is compatibility with Apple Silicon along with Intel processors. Other improvements are naturally included for both processor types, such as design elements within Safari and Messages becoming a Mac Catalyst app.