AppleInsider
Posted: August 6, 2020 1:12AM
in General Discussion
Apple on Wednesday shared a new short film by director Damien Chazelle that was shot on an iPhone 11 Pro entirely in a vertical aspect ratio. 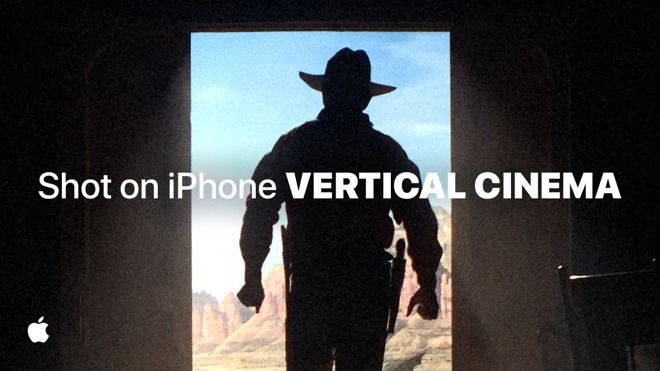 The nine-minute "Shot on iPhone" short film, titled "The Stunt Double," is described as a "journey through cinema history." As mentioned, it was shot completely vertically -- or in "portrait orientation" -- by Chazelle, an Academy Award-winner who is known for films such as "Whiplash" and "La La Land."

"Watch as classic genres are flipped on their side, from action movies to silent films, spy flicks to westerns, reframing and modernizing the movie magic we know and love," Apple wrote.

Alongside the short film, Apple also released a behind-the-scenes clip showing off how Chazelle used iPhone 11 Pro features like extended dynamic range and the ultra-wide-angle lens to create a cinematic feel.

Although the short film marks Apple's first collaboration with Chazelle, the Cupertino tech giant signed a deal with the writer and director in 2018 to produce content for Apple TV+.

Apple regularly shares photographs and videos as part of its "Shot on iPhone" campaign, but Chazelle's contribution is the first to be shot solely in a vertical aspect ratio.