AppleInsider
Posted: August 22, 2020 7:01PM
in General Discussion
Major tech companies such as Apple should face tough criticism from governments, Microsoft founder and former CEO Bill Gates said in an interview, a kind of questioning that big companies should naturally expect to face. 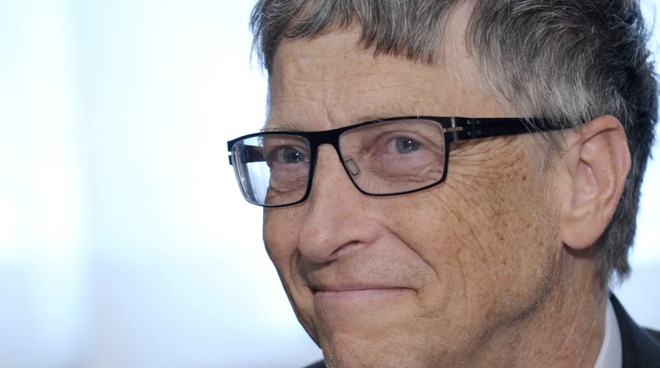 In a continuation of a series of interviews with various outlets, Gates proposed that tech companies of the size of Apple should "deserve" special attention from government officials and regulators, simply because of their sheer size and power.

Speaking to Dax Shepard on the Armchair Expert podcast, Gates explained that the events of the July 29th House Judiciary Committee testimony featuring Apple's Tim Cook and the CEOs of Amazon, Facebook, and Google are largely to be expected, and that the level of scrutiny will be intense.

"If you are as successful as I am, or any of those people you are, you deserve rude, unfair, tough questions," said Gates. "The government deserves to have shots at you. That type of grilling comes with the super successful territory, it's fine.

Gates speaks from experience, as his leadership of Microsoft involved many instances where he was asked questions by lawmakers and other parties. The most notable was the events of the 1998 lawsuitof the United States against Microsoft, where the government accused Microsoft of illegally maintaining a software, one which heavily featured videotaped depositions from Gates.

The conversation also covered Gates' opinion of Apple co-founder Steve Jobs, which was also brought up in a previous interview. Referring to him again as a "wizard" compared to Gates as a "minor wizard," Gates also suggested Jobs was "tough" and was "a genius" at reviving Apple on his return.

The 97-minute podcast covers a wide array of other topics, including the movie Spy Game, vaccinations, and Diet Coke.
«123»