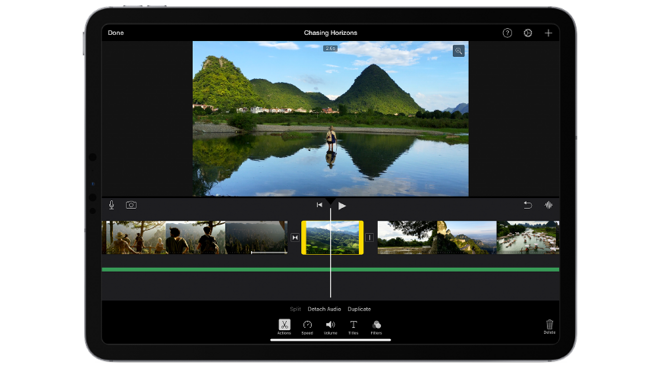 Following the update to Final Cut Pro X, Apple has also pushed out updates for iMovie for iPhone, iPad, and Mac.

The iPhone and iPad version of iMovie has updated to 2.2.10, and now features three new filters, 25 new soundtracks, and a few bug fixes to improve stability and performance. The App Store release notes read:

For those on macOS, iMovie (version 10.1.15) has five new filters, a support patch for iOS projects that use the filters mentioned above, and stability improvements. The release notes are as follows:

iMovie is available for free to anyone who owns an iPad, iPhone, Mac, or MacBook, and can be downloaded on the iOS App Store and the macOS App Store.