AppleInsider
Posted: September 22, 2020 4:22PM
in General Discussion edited September 2020
The Apple Watch Series 6 and the new Apple Watch Nike edition are identical in terms of performance, but feature a few key differences in band, case, and aesthetic options. Here's what you should know. 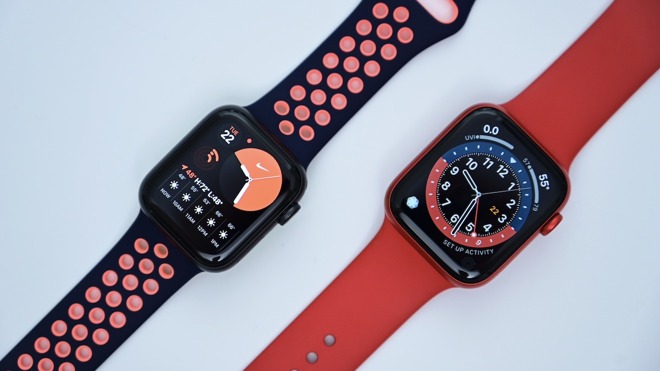 As far as specifications, the two Apple Watch variants are identical. Both sport a new blood oxygen sensor, Apple Silicon S6 chipset, baked-in altimeter, and a brighter display. Performance and capabilities between the two will be the same. 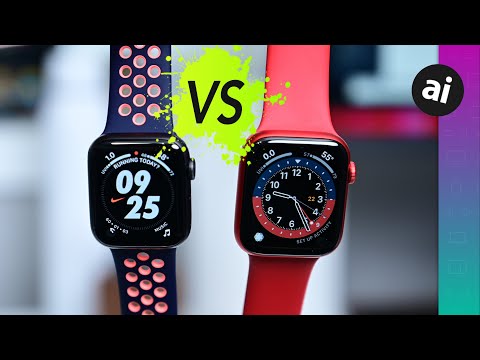 There are a few minor cosmetic differences in the setup process and on the rear of the device. The Apple Watch Nike edition comes with the Nike+ Run Club app preinstalled.

The biggest difference between the two models is the fact that Apple Watch Nike editions come bundled with Nike bands.

Although you can buy these Nike bands for any Apple Watch model separately, they'll cost you an additional $50. When you buy an Apple Watch Nike edition, those bands are included in the cost. 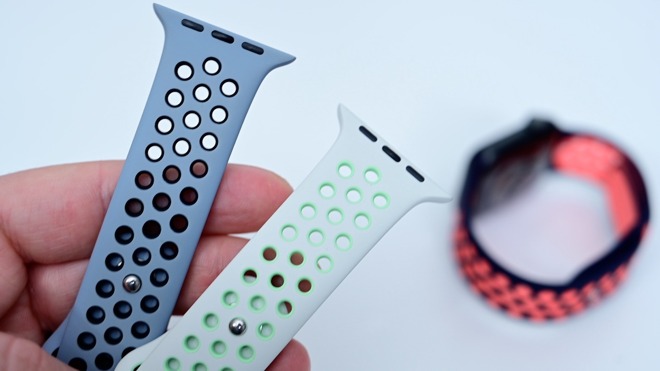 The Apple Watch Nike edition also includes exclusive watch faces that you won't be able to get on other variants. New this generation is a Nike Compact face, which includes a customizable clock and spots for various complications. All Nike watch faces feature special complications that tie-in with the Nike+ Run Club app. 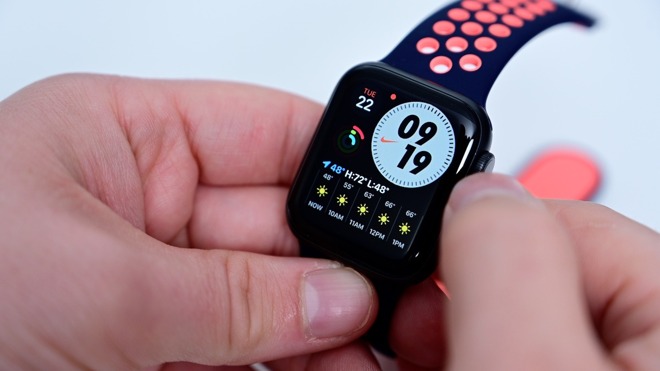 In other words, if you're eyeing any of the Nike watch bands, then the Apple Watch Nike edition is going to save you at least $50. It's also a good option for frequent users of the Nike+ Run Club app, or those who just like Nike's signature style.

Shoppers can already save on Apple Watch Series 6 styles, with deals at your fingertips in the AppleInsider Apple Watch 6 Price Guide.

Wireless carriers like Verizon Wireless and AT&T are also offering special incentives when purchased on installment and/or with service.