AppleInsider
Posted: September 23, 2020 7:26AM
in General Discussion edited September 2020
Apple's plans to integrate Mini LED displays into its various product lines continue to see disruptions from an unstable supply chain, with TF Securities analyst Ming-Chi Kuo predicting iPad Pro to be the first to benefit from the technology. 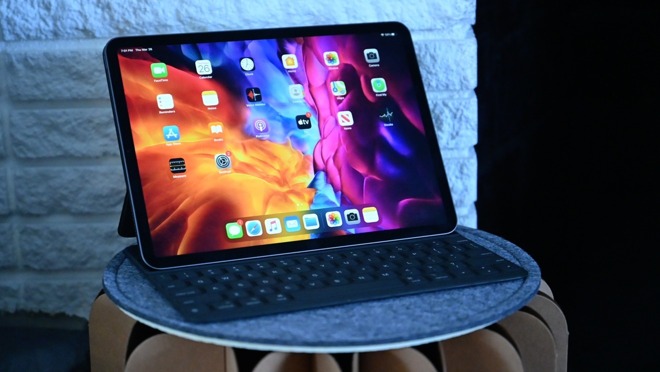 In a note to investors on Wednesday, Kuo said he believes iPad Pro will be the first Apple device to sport a Mini LED display. It was previously speculated that the distinction would go to a revamped MacBook Pro or iMac.

Suppliers are readying dies for production in the fourth quarter of 2020, the analyst said, though recent supply chain checks show revised down shipment volume estimates at between 300,000 and 400,000 units. Down 50% from prior forecasts, the decreased output is said to be a result of issues relating to the production of display module materials.

With constrained resources as a backdrop, Apple appears to be leveraging its massive market weight to diversify its nascent Mini LED supply chain. Epistar remains a primary partner, and the company has developed a proprietary production optimization system while working with the tech giant, Kuo said.

"Apple is the global consumer electronics brand with the highest bargaining power over suppliers," Kuo writes. "In order to find new suppliers, and reduce supply risks and costs, we believe that Apple leads the design of most parts and owns related patents. Mini LED dies are no exception."

Epistar's patented process is viewed by some as a barrier to entry for potential secondary suppliers like Sanan Optoelectronics, Osram, and Seoul Semiconductor, but Kuo disagrees. In a previous investor note, the analyst said Sanan could enter Apple's supply chain as soon as the first half of 2021.

Kuo further expects a "fierce price war" between Apple and non-Apple Mini LED chip makers to kick off as the first products roll of the line this year.

"We believe that China's industrial chain (including downstream displays and upstream LED chips) will start a price war and gain a leading position in the mini LED market," Kuo writes. "The price war advantage will come from lower production costs, economies of scale and government subsidies."

Kuo was among the first to predict Apple's Mini LED release schedule, saying in March that a 12.9-inch iPad Pro, 10.2-inch iPad, 7.9-inch iPad mini, 27-inch iMac Pro, refreshed 16-inch MacBook Pro and all-new 14.1-inch MacBook Pro would debut with the tech by the end of 2020. That timeline was pushed back into 2021 as manufacturers reeled from fallout caused by the coronavirus pandemic.

A relatively new backlighting technology, Mini LED dies position thousands of LEDs behind an LCD screen to offer better local dimming, color reproduction and contrast ratios than conventional LED-backlit displays. Apple is forecast to rely on the technology for at least five years before moving on to more exotic solutions like micro LEDs.
«12»