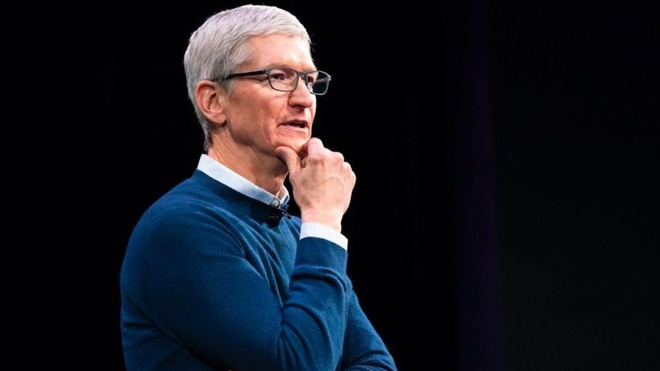 Handed out on Sunday, the awards include tenure- and performance-based RSUs scheduled to vest over the next five years, according to a Securities and Exchange Commission filing on Tuesday.

Cook gained the most in two separate transactions, each resulting in the acquisition of 333,987 RSUs. As per Apple's benefits guidelines, the first batch is slated for conversion into common stock in three equal installments on April 1, 2023, April 1, 2024, and April 1, 2025. The second clutch of 333,987 RSUs are performance-based and will vest on Oct. 1, 2023.

Cook's tenure-based grant is his first since receiving a ten-year award in 2011. If fulfilled, the incentive will see the CEO continue in his capacity into 2025. Apple's board of directors issued a statement on the grant, as relayed by Reuters' Stephen Nellis on Twitter.

"Tim has brought unparalleled innovation and focus to his role as CEO and demonstrated what it means to lead with values and integrity. For the first time in nearly a decade, we are awarding Tim a new stock grant that will vest over time in recognition of his outstanding leadership and with great optimism for Apple's future as he carries these efforts forward."

As with previous performance-based awards, Cook has the opportunity to see 200% of the 333,987 granted units vest if Apple's total shareholder return meets growth requirements measured between the first day of Apple's fiscal 2021 and the last day of the company's fiscal 2023. In total, the executive stands to gain more than $114 million in time- and performance-based awards at today's stock price.

Cook has 1,260,000 RSUs remaining in his current time-based award, all of which are slated to vest on Aug. 24, 2021. To see the RSUs convert in full, the executive must continue employment at Apple and maintain the company's financial health. Most recently, the Apple chief in August acquired and immediately sold 560,000 fully vested RSUs worth $132 million.

Also on Sunday, Apple COO Jeff Williams, CFO Luca Maestri, SVP of Retail and People Deirdre O'Brien, and General Counsel and SVP of Legal and Global Security Katherine Adams each received 178,128 RSUs split evenly between time- and performance-based units. Like Cook's award, the time-based RSUs vest on April 1, 2023, April 1, 2024, and April 1, 2025, while the performance-based units have the potential to vest at 200% on Oct. 1, 2023.