AppleInsider
Posted: October 26, 2020 6:49PM
in iPad edited October 2020
Microsoft has outlined updates to its Office suite on iPad that are being rolled out to users, with support for trackpads and mice joined by updates to the start screens and the ribbon of Word, Excel, and PowerPoint. 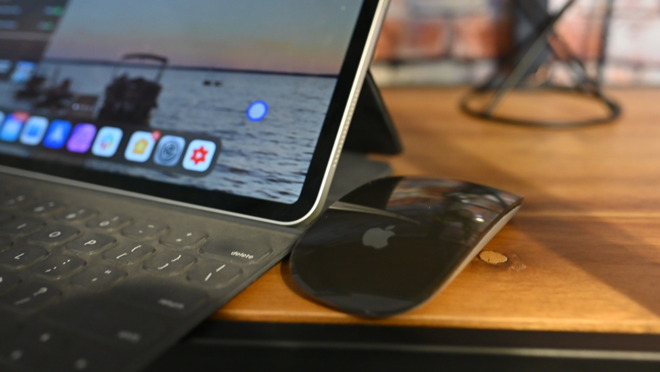 Revealed on Monday Microsoft is making several changes that Microsoft 365 customers experience in the Excel, PowerPoint, and Word apps for iPad. Rather than major feature changes, a blog post outlining the alterations shows the updates are more to make the apps easier to use in general, and take advantage of Apple's own operating system improvements.

Following the rollout of mouse support in iPadOS 13.4 and further enhancements included in iPadOS 14, Microsoft is updating the apps with full support for trackpads and mice, for "easy cursor control, fluid navigation, and precise adjustments." The change will allow users to more accurately select items and make changes to documents than if they were to use the usual touchscreen interface, and will bring the apps in line with the traditional desktop-based experience. 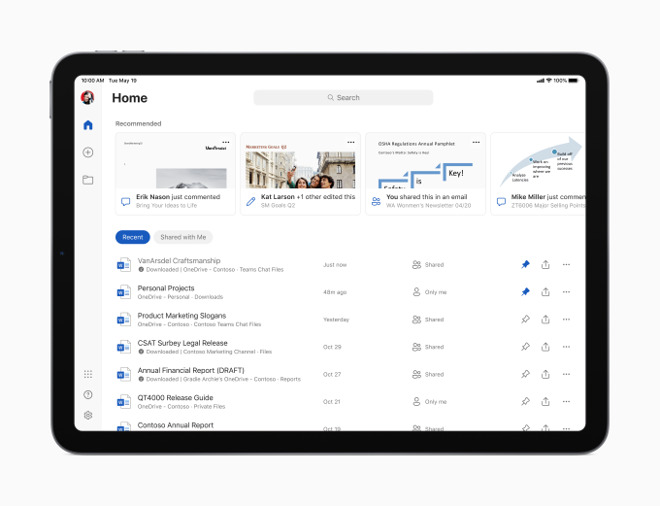 Another update to the apps relate to the start screens and a new ribbon for feature menus. Reflecting changes Microsoft's introducing as part of the Fluent UI it uses across the Microsoft 365 experience, the new start screens will make it easier for users to get to work on projects quicker.

Microsoft has already started to roll out the update to iPad users in phases, and anticipates completing the process within a few weeks. Other changes are expected in the coming months, including multiple document support in Excel, new contextual menus, and offline file support for cloud-stored documents.

Microsoft Word, PowerPoint, and Excel are compatible with iPhones, iPads, and the iPod touch running either iOS 13.0 or iPadOS 13.0, or later versions.

The apps are free to download and use to create or edit documents on devices with a screen size smaller than 10.1 inches, but a paid Microsoft 365 subscription is required to access all features.