Apple One fails to solve issues with multiple Apple IDs

AppleInsider
Posted: October 30, 2020 6:36PM
in General Discussion edited October 2020
Apple One does include one option for helping users manage multiple Apple IDs for iCloud storage, but doesn't resolve the long-standing problems, and does add to the confusion. 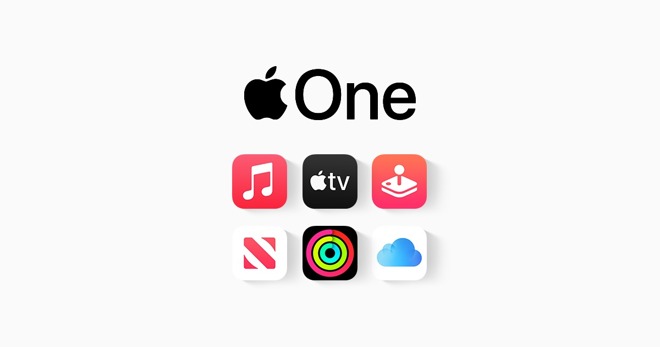 Some Apple users have different Apple IDs for their iCloud accounts and their App Store and Services subscriptions. That's because Apple's cloud-based services and its iTunes-related subscriptions were initially separate.

Back in September, Apple employee Chris Espinosa said that Apple One "manages" situations like these. Since the debut of the bundled service on Friday, it appears that it mitigates the issue but doesn't solve it.

During the Apple One sign-up process, users will be prompted with the option to associate their included Apple One storage with the Apple ID that they currently use for iCloud. That means users will get the amount of storage included with Apple One on their iCloud Apple IDs, and the initial iCloud storage plan will be cancelled (though their data will remain intact). The other bundled Apple One services will be associated with a user's primary iTunes/App Store ID.

Of course, this solution doesn't involve consolidation or merging of accounts. It only does away with one problem of having a separate Apple ID for iCloud and the App Store and iTunes.

Users are also given the option to keep their Apple One iCloud storage associated with their primary iTunes and App Store account. In these cases, the storage for each account will be handled separately.

At least one Twitter user said that they chose to use their iTunes/App Store account for the included Apple One storage. When they did, it auto-cancelled their iCloud Apple ID storage plan. After that, all of the data in that storage reportedly showed up on their Apple One account.

I have the same. When I selected that I wanted to switch to Apple One iCloud storage it auto cancelled my iCloud account storage plan and all the data I had in that storage just showed up on my Apple One account iCloud storage.

AppleInsider can't verify if this is common, and couldn't reproduce it ourselves. It could simply be a case of a user's device uploading its data to iCloud on a new plan instead of an actual transferal of data from one Apple ID to another.

While the options here will help users with multiple Apple IDs actually sign up for the service, it's far from the easy account merging or consolidation that users have been asking for.

The need to merge Apple IDs is a real thing that should have been fixed a long time ago. https://t.co/1435liE962

Update: Since publication of this article, AppleInsider was able to confirm through sources within Apple that merging two separate Apple IDs is still not possible.
«123»