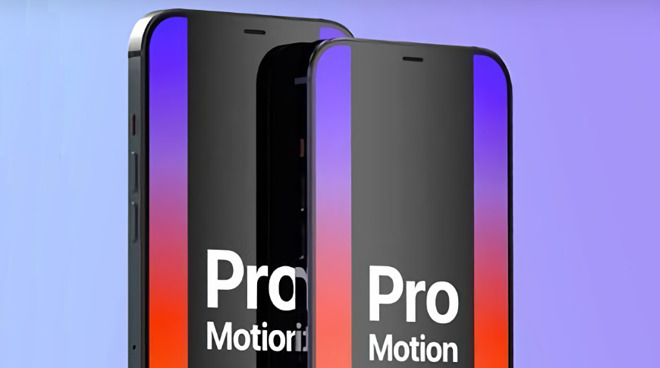 ProMotion may come to the "iPhone 13"

Following many previous rumors that a 120hz ProMotion iPhone will arrive in 2021, LG Display is reportedly increasing production of the displays that this would require. The company is to produce more OLED panels using low-temperature polycrystalline oxide (LTPO) technology.

According to The Elec, LG is expanding its E6-1 and E6-2 factory lines in Paju, South Korea, in order to produce displays for Apple's 2021 and 2022 iPhones. It's believed that a third factory line, called E6-3, will begin construction once the existing lines have been expanded.

Currently, the company is installing equipment that can produce 5,000 panels per month, and reportedly it aims to eventually produce 25,000 per month. At present, the lines are being expanded to produce panels for the "iPhone 13," but a second round of expansion in May 2021 is believed to be for the "iPhone 14" range in 2022.

Apple has previously used a low-temperature polycrystalline silicon (LTPS) system, but The Elec says it intends to use LTPO specifically for the two higher-end "iPhone 13" models due next year.

Samsung is already using LTPO in the Galaxy Note20 Ultra. The technology's low power consumption means that it can be used to save battery life, but also to deploy features that are more intensive -- such as 120Hz ProMotion as seen in the iPad Pro.