AppleInsider
Posted: November 10, 2020 4:00PM
in General Discussion
A year after Apple TV+ launched, its "second wave" of original series appears to be more popular among audiences than those available at the start. 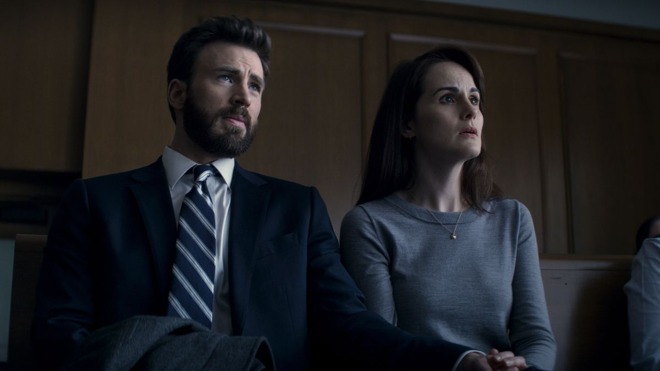 The Apple streaming service largely got off to a slow start, with fairly underwhelmed audiences and lackluster adoption. However, new data from research firm Parrot Analytics suggests that Apple's later shows are doing better among viewers.

The top three most "in-demand" TV series on the Apple TV+ include "Defending Jacob," "Truth Be Told," and "Servant," the Parrot Analytics data (via Business Insider) suggests. None of those titles were day-one launches for the streaming service.

Apple's original shows "See" and "For All Mankind" filled out the top five in-demand shows, based on viewership, desire, and engagement by a series weighted by importance. Here's how the rest of the top 10 breaks down. 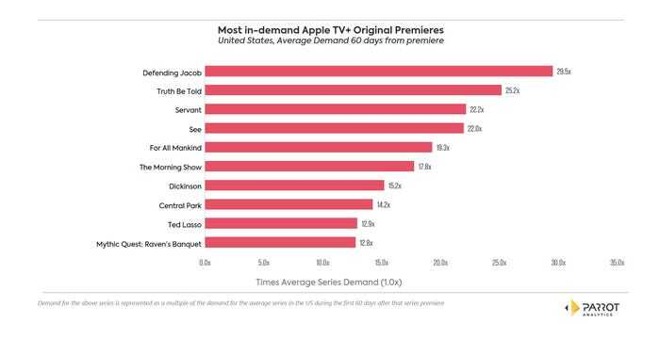 Of course, critics and audiences often have different reactions to shows. For example reviews for the top six TV shows by audience demand range from terrible to lukewarm -- except for "Servant," which carries an 83% Rotten Tomatoes critic score.

On the flip side, some of Apple's most critically acclaimed series, such as "Little America" and "Central Park," didn't make Parrot Analytics' top 10 list.

Apple has yet to release actual subscriber numbers for Apple TV+, but CEO Tim Cook said that the service was "off to a rousing start" during an earnings call in January. Analysts have suggested that the platform could hit 100 million subscribers by 2025.

According to a separate analytics firm, Antenna, Apple TV+ has largely seen sluggish subscriber growth. But it saw a spike in new subscribers ahead of the release of Tom Hanks film "Greyhound" in July.