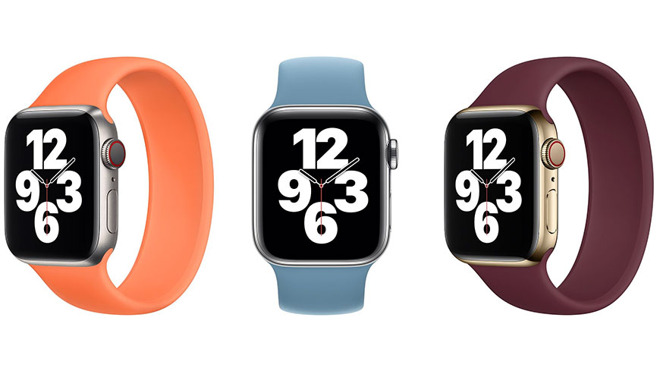 The new colorways are available for Apple's new Solo Loop band, a sleek one-piece design made from "liquid silicone." Introduced with Apple Watch Series 6, the Solo Loop, along with the Braided Solo Loop, are stretchable band styles designed for easy on-easy off functionality.

Both the Solo Loop and Sport Band sell for $49 and are available to order through Apple's online storefront. Free shipments are expected to arrive on Friday, while express delivery shortens wait times to Thursday. Alternatively, brick-and-mortar stores should have the products in stock later this week.