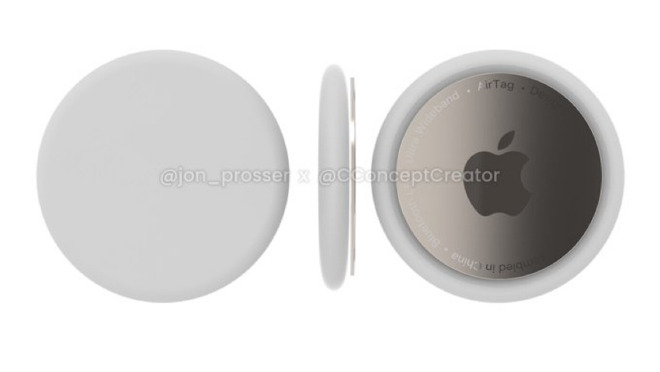 Code strings and other data that reference the Bluetooth and Ultra Wideband tracking accessory have been found in a slew of previous betas. The new evidence in iOS 14.3 just confirms that Apple is still working on the device for a possible near-future release.

According to 9to5Mac, which was able to download the beta, there are new videos and images meant to guide users through an initial "AirTags" setup process. There is also a new hidden section in the Find My app to accommodate both "AirTags" and third-party tracking devices like Tile.

Other code strings suggest that "AirTags" will be tied to a user's Apple ID, suggesting some sort of security mechanism preventing them from being used by another person if lost. Apple may also provide a way for users to scan a found "AirTag" to discover who it belongs to.

Steve Moser at MacRumors discovered a number of code strings that shed light on iOS 14's Find My network accessory initiative. Users can keep close tabs on object trackers like Tile with new iOS 14.3 notifications and Find My app alerts.

In addition to the new "AirTags" evidence, the first iOS 14.3 beta also includes the potential design for "AirPods Studio," new third-party app suggestions during initial setup, and the ProRAW format.