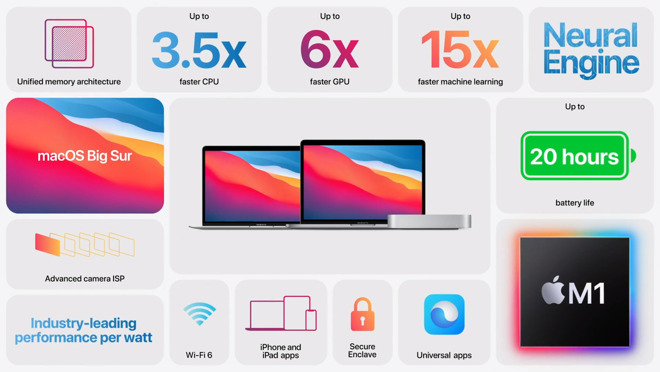 On November 10, Apple opened preorders for the new Apple Silicon MacBook Air, 13-inch MacBook Pro, and Mac mini. The first customers to place orders will likely see their devices delivered on or near November 17, Apple's announced availability date for the models.

AppleInsider staffers ordered personal units within minutes of preorders going live, and have received these notifications. In our case, expected arrival is November 22 and November 24, with both orders for a Mac mini. We have yet to receive one for the MacBook Air, but have been informed by readers that deliveries are expected between November 17 and November 24.

It is unlikely that many -- if any -- customers will see their devices before November 17. As with the first wave of orders and other previous product launches, Apple works with delivery partners to try and maintain the set release date for its products, meaning that deliveries will largely occur on or after Apple's mandated release date.

All three devices were announced at Apple's "One More Thing" event on November 10. They are the first of Apple's computers to feature the new Apple M1 chip.

In addition to orders from Apple.com and the Apple Store app, the company said that M1-equipped Mac models will be stocked at select Apple Store and Apple Authorized Resellers the week of November 16, as well.