AppleInsider
Posted: November 24, 2020 10:30PM
in General Discussion
Apple's HomePod mini smart speaker has now launched in Mexico and Taiwan, a few weeks after debuting in the U.S. and nine other regions. 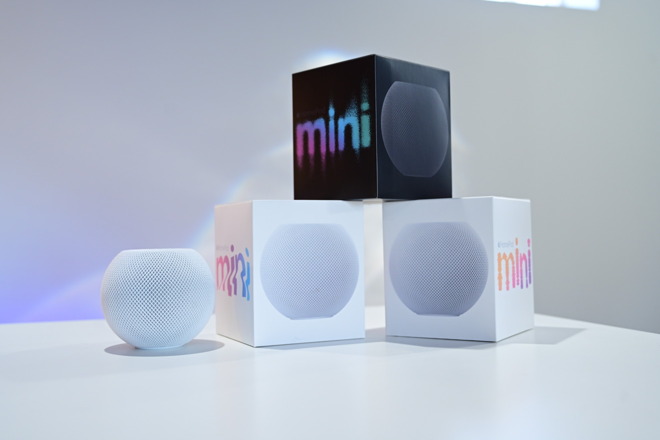 The HomePod mini became available to preorder in a handful of countries on Nov. 6, and orders started to arrive on Nov. 16. During its announcement, Apple said that the HomePod mini would be coming to China, Mexico, and Taiwan "later this year."

On Nov. 24, the smaller-sized smart speaker became available to order in the latter two countries. Customers can now purchase a HomePod mini for 2,599 pesos in Mexico or 3,000 New Taiwan dollars in Taiwan -- about $129 and $105, respectively.

As of time of writing, the HomePod mini still isn't available to order in China.

With availability in Mexico and Taiwan, the HomePod mini is now up for sale in a total of 12 countries and regions, including Australia, Canada, France, Germany, Hong Kong, India, Japan, Spain, the U.K. and the U.S.