AppleInsider
Posted: November 27, 2020 2:48PM
in General Discussion edited November 2020
Sony is now rolling out the Apple TV app to its entire 2020 TV lineup, with the app also arriving on most of the 2019 lineup and select 2018 models. 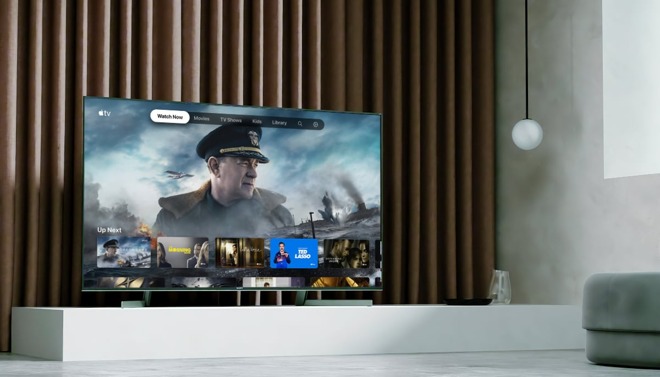 In firmware update v6.4960, Sony is making good on that promise for all of its 2020 Android TV models, most 2019 models, and a pair of high-end 2018 smart TVs, according to Flatpanels HD. The firmware update is currently rolling out in Europe, and is "coming soon" to the North American market.

In October, Sony also rolled out the app to its PlayStation 4 and PlayStation 5 consoles.

The Apple TV app allows users to view Apple TV+ content and content purchased via iTunes, as well as a number of third-party streaming services like HBO and Showtime.