AppleInsider
Posted: December 15, 2020 5:06PM
in General Discussion
Apple is working on an improved heads-up display (HUD) system for vehicular use, such as in an "Apple Car," that could display information on side windows or other surfaces. 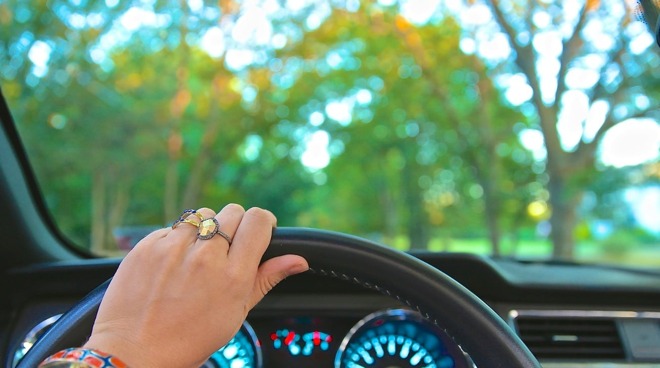 The windshield that this system could be embedded in.

In a patent granted to Apple on Tuesday, the company outlines its concept for improved HUD technology. Apple first filed for the patent, titled "System with holographic head-up display," in February 2019.

Traditional HUD setups use projected light to display information onto a surface, typically the front windshield of a vehicle. But Apple notes that, because they're tailor-made based on the fixed design parameters and angles of a front windscreen, standard HUDs have "undesirable restrictions" on where they can be located.

"For example, a conventional head-up display may be incompatible with the side window of a vehicle because light reflected off of the side window from a display reasonably mounted within the structure of the vehicle does not reach the user's eyes due to the law of reflection," the patent reads.

The configurable angle is important, because Apple notes that it could allow "light to reach a viewer's eyes even when the heads-up display reflects light off a side window in the vehicle." The holographic element could either be non-switchable, which would involve permanently encoded holograms, or switchable by applying an electric field to the system.

As with traditional HUD concepts, Apple's system could take data gathered about a vehicle, its passengers, and the environment around it through a suite of sensors, cameras, and other sources. This data could then be displayed via holographic elements on the front windshield, side window, or presumably, another surface with a different viewin angle.

These data points could include the speed of the vehicle, how much gas is left in the tank, whether every passenger has their seatbelt on, or surrounding dangers. In other words, it could replace the standard dashboard seen in today's cars. But not only that. Apple seems to think the system could be used to create HUD information that "surrounds" a driver or passenger.

The patent lists Arthur Y. Zhang, Graham B. Myhre; Hyungryul J. Choi, and Matthew E. Last as its inventors. Several of them are regular contributors to inventions likely related to Apple's Project Titan and vehicular development. They're named on patents related to car headlights and in-vehicle virtual reality systems for passengers.

Apple files numerous patents on a weekly basis, so they're a poor indicator of the company's future plans. Despite consistent rumors that Apple is working on some type of vehicular technology, there's no word on when -- or if -- that technology could feature this updated HUD system.