AppleInsider
Posted: December 15, 2020 12:39PM
in General Discussion edited June 2021
The Zendure SuperBase 500 is a massive power station that can power up to nine devices at once and includes all the ports you need including fast USB-C ports and dual AC outlets. 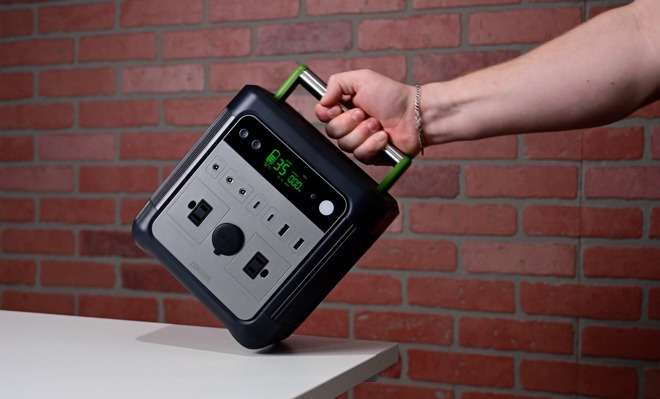 Compared to other comparable power stations, the SuperBaser 500 is lighter and more compact. We tested the Aukey Power Studio, which is a 297Wh power station, and it is nearly the same size despite the drastic difference in capacity. 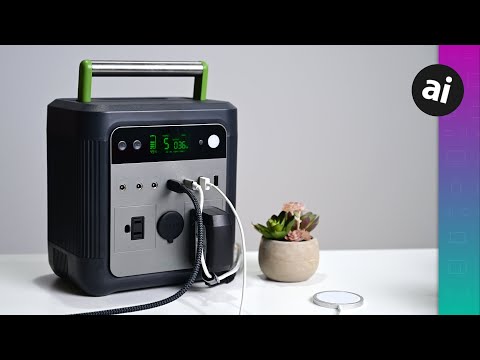 It is a compact body that sits taller than it does wide. There are vertical slats around the body where there is also an internal fan to keep the battery cool. 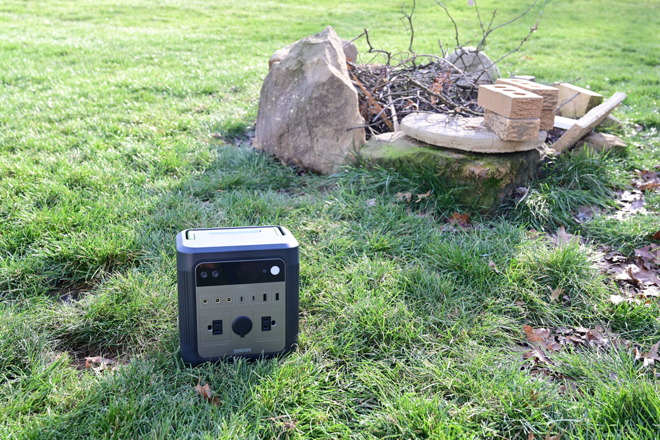 A handle folds flat into the top to easily tote the battery around. The handle rotates stays fixed in your hand while the battery swings which makes it very comfortable and won't rub your hand raw. We never used it for this, but the handle can also prop up your phone for watching videos. 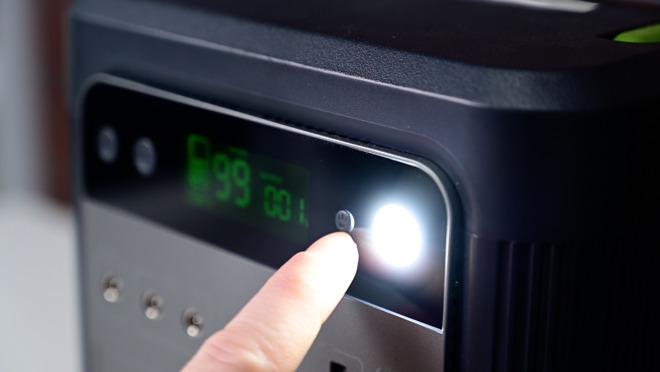 The front of the device is covered in ten input and output ports, a set of buttons to turn on the AC and DC power, and an LED flashlight. The flashlight can be turned on by pressing the button situated directly next to the large light. 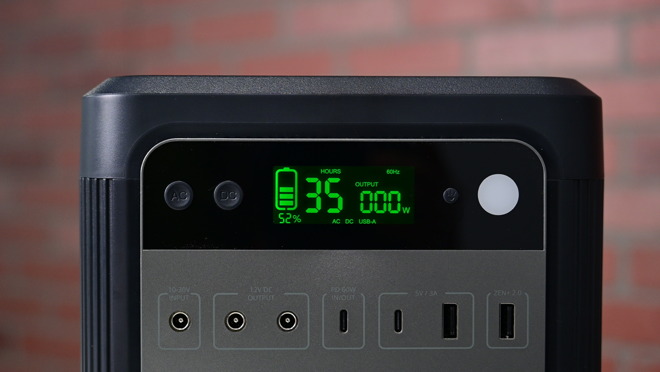 Zendure also placed a display on the front of the SuperBase. Here you can see when the power is on, what percentage of the charge remains, how many more hours of use you have based on the current power draw, and how many watts of power you are currently using.

The Zendure SuperBase 500 is a 518Wh capacity which is equivalent to 140,000mAh. That is enough to power a 65W mini fridge for six hours, to run a 100W projector for four and a half hours, or recharge an iPhone 11 eight full times.

A multitude of ports

The SuperBase 500 is packed full of ports both as outputs, as well as inputs.


The primary input is a barrel connector that connects to the included power cable which, at 95W, will power up the battery in six and a half hours. Then we have dual 120W DC outputs that are also barrel connectors.

Then we move to the USB-C ports, of which there are two. The first port is a dual-purpose input/output USB-C port that can handle 60W of power. The second USB-C port is rated at 15W of power output. If you use that 60W USB-C port on its own to charge the SuperBase 500 it will take 13 hours to top off the battery but it is very cool that you can use both the 60W USB-C input and the 95W DC input simultaneously to charge the device. At 155W of combined input, it will only take three and a half hours. 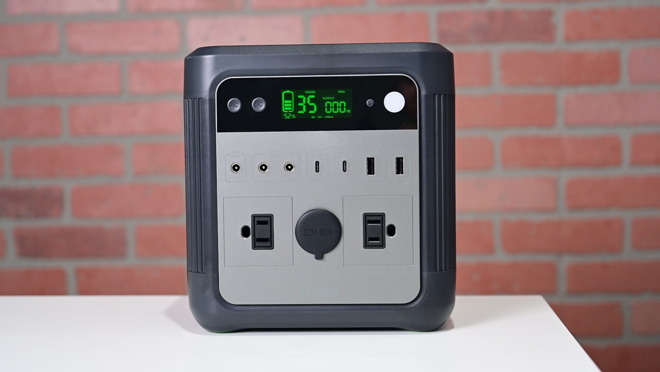 Again, with two simultaneous inputs, it will only take you just over three hours to charge this entire 140,000mAh battery. That is incredibly useful if you are grabbing this battery and hitting the road or are trying to charge as fast as possible. 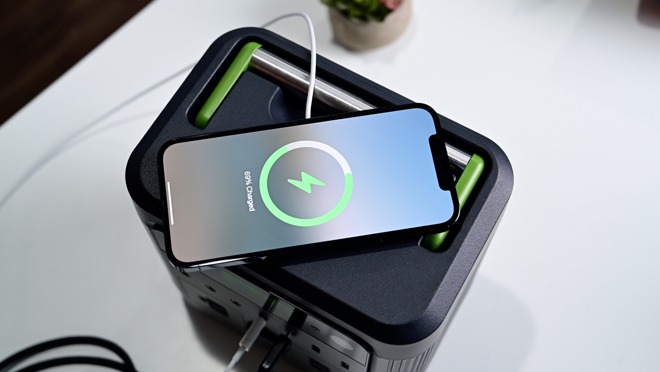 Back to the ports, we have two USB-A ports, one rated for 15W of power and the other for 18W. For the user, Zendure has the second marked at Zen+ which isn't completely clear that it is slightly slower than the USB-A port ahead of it.

Centered on the bottom is an automobile auxiliary power outlet, also known as the cigarette lighter plug which will work with any car accessories you may have from jumper cables to car chargers.

Sitting to either side of the auto power outlet are two 220V/600W AC outlets which can run any appliances or devices you have that don't connect via USB. Lights, mini-fridges, oxygen machines, projectors, and many, many more. In total, you can use all nine outputs in tandem. Of course, if you use all ports at the same time your usage time will drop dramatically.

Solar power for the win

Typical users will charge up the SuperBase 500 with the USB-C port, included power cable, or both. But a reliable source of power isn't always available. Say, if you're camping or the power goes out. 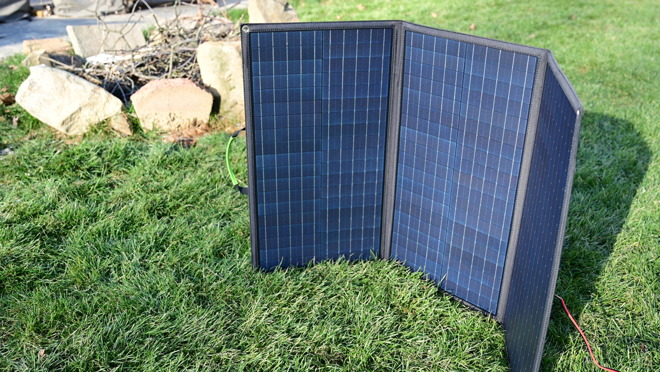 In those situations, you need an alternative input method. Fortunately, Zendure offers you a handy solar option. The tri-fold solar panels can be directed at the sun to charge up the SuperBase 500. At 100W of input, it will take 11 hours to charge from zero to 100.

Zendure's solar panels are large and have integrated handles as well as integrated mounting straps so that it can be wrapped around a brand, a tent, a porch, or other similarly-sized structures. A zippered pouch on the front holds any cables you need including the one to plug directly into the SueprBase. 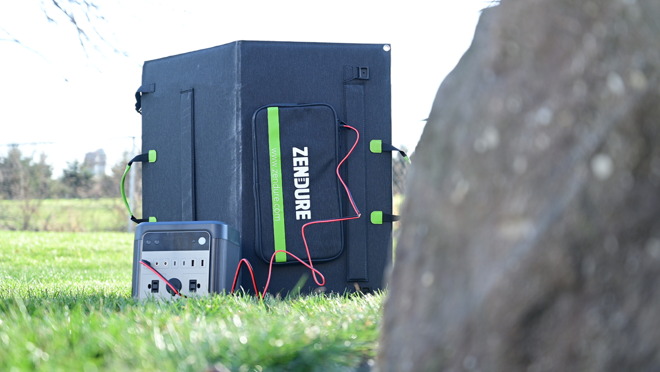 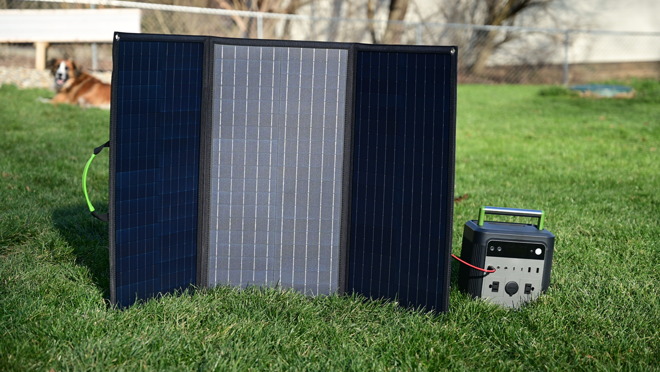 We had no issues connecting the solar panels or lining them up and even with moderate sun it still provided power to the powerstation.

Why in the world do I need a powerstation?

The most obvious use of a powerstation is going to be for the outdoors-oriented folk who are camping, fishing, or heading for a long weekend getaway at a cabin. Its massive capacity can power your lights, phones, or even some cooking appliances for a limited amount of time. A far better choice than a simple battery pack. 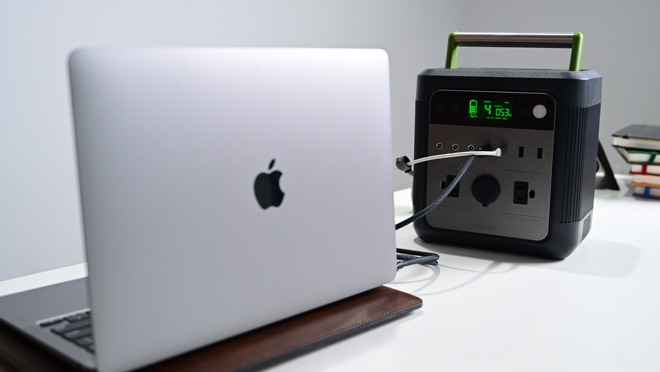 SuperBase 500 can power our Mac

It is also an excellent emergency device for your car. A set of jumper cables can be attached and used to jumpstart your car -- or someone else's -- should the need arise. A set of jumper cables alone is a good start, but if you are on your own with no traffic coming past you won't get far. A powerstation is a source of power to prevent catastrophe.

The Zendure SuperBase and other similar units have accessibility enhancement potential as well. One of our staffers has a spouse that needs a powered wheelchair -- and those custom batteries are expensive and generally lead-acid, versus a higher power density. A powerstation in the lower cargo net allows for a charge of that custom battery when away from the car and at rest, versus having to scramble for an outlet.

Then there is the reason why we choose to have a powerstation in our home -- power outages. Where we live is just outside of the larger city and while the power is largely reliably, we have had times the power has gone down during particularly bad storms. This past summer we had a tornado rip through which left us without power for a few days.

A powerstation is a good way of providing power for our essential devices to get us through our time without power. The integrated light allows us to see at night, our phones and tablet stay powered up and we can even run our modem so we have internet for at least some time.

Should you buy the Zendure SuperBase 500?

For the past few weeks, we've been using the SuperBase 500 quite a bit. We've taken it on road trips to power up our cameras, phones, and tablets rather than traditional battery packs. The size precludes it from being used as a daily driver for most, but it comes in handy more than we imagined. 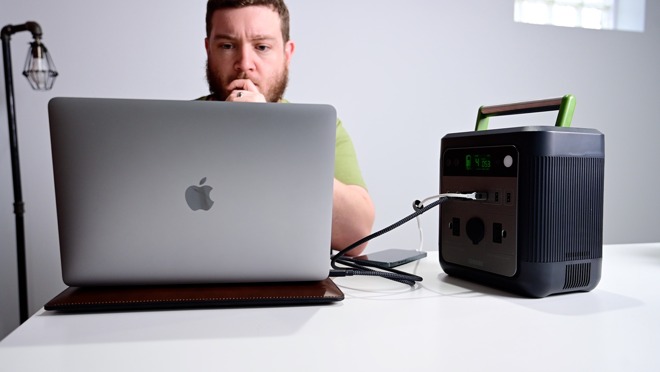 Working on our MacBook Pro while charging over USB-C

We ran a projector in the yard (while also charging our phone) off the SuperBase and it was perfect. It was easy enough to watch a full movie and top off our phone without issue which would never be possible with a smaller battery.

The only thing the SuperBase 500 doesn't do that we wish it could do was act as a UPS on our desktop Mac Pro so that it pulls double-duty. It would give us at least a few moments to power down appropriately. That is a minor trade-off, however, and a dedicated UPS is probably a better choice anyway.

We tested the SuperBase with many tasks in our house other than just running a projector. We were able to run our cable modem and router off the SuperBase which would certainly be helpful without power. The LED flashlight is exceptionally bright for navigating our house in the dark as well as through our yard.

It is also cheaper and notably lighter and more compact with other power stations around the same 500Wh capacity, such as the Jackery Explorer 500. 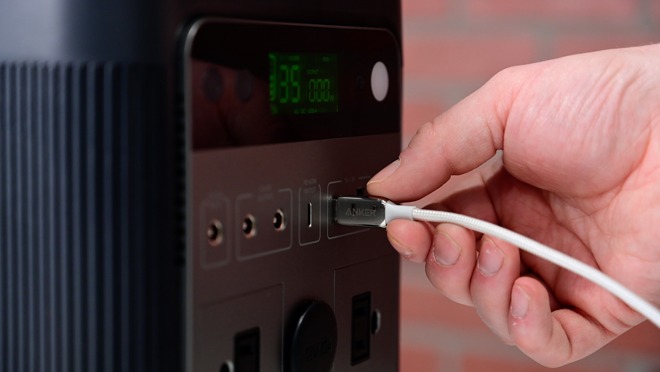 Fortunately, we haven't had any extended power outages during our time with the SuperBase -- but as the winter storms start to pick up it's only a matter of time before it happens again. This time, we'll be more prepared. 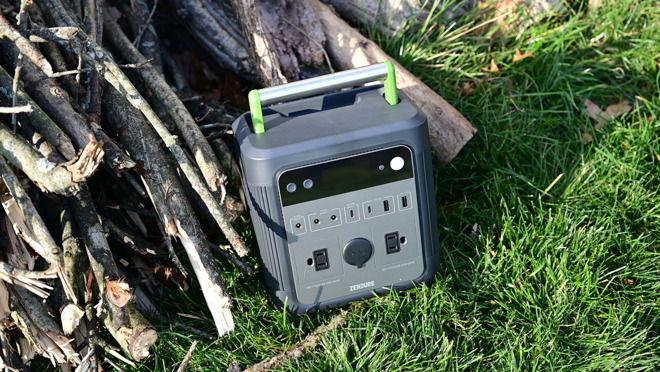 Zendure SuperBase 500 is great for the outdoors

Power stations are becoming increasingly popular for many purposes, and of the ones we've tested the Zendure SuperBase has shot to the top of our list when we combine its capacity, design, and port selection. It's perfectly suited for an array of household devices and Apple gear and something we will rely on time and time again.