AppleInsider
Posted: December 16, 2020 2:20PM
in Current Mac Hardware
While Apple still needs to fully optimize the M1 processor and its software for the task, a 13-inch MacBook Pro with Apple Silicon performed nearly as well at a machine learning test as the 16-inch MacBook Pro with dedicated Radeon graphics. 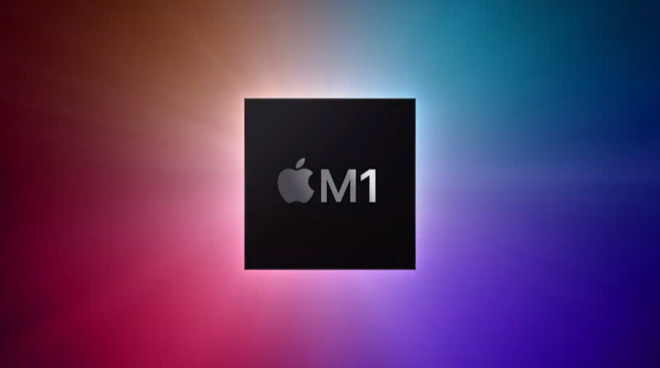 The M1 processor is up to 3.6x faster at ML training vs Intel

Benchmarks for the M1 processor have been impressive so far with scores rivaling even the most expensive Intel MacBook Pro configurations. These are early days yet as software continues to be optimized for the processor, so some tasks and processes will see big speed jumps as developers take advantage of the hardware.

One space that the M1 processor should excel in is machine learning (ML) processes. As with Apple's A-series chips like the A12Z Bionic, the M1 has a dedicated Neural Engine used for complex data processing and ML. Apple says the M1 Neural Engine can handle up to 11 trillion operations per second when in use.

This processor is not best in class in terms of machine learning however, as dedicated GPUs from companies like Nvidia boast even higher numbers for neural operations. The first generation of Macs running Apple Silicon only have the M1 processor to rely on--no additional GPU options are available.

The developers at Roboflow wanted to pit Apple's new machines against the older Intel variants. The processor transition has only just begun for Apple, so tools like TensorFlow have not yet been optimized to run for a full benchmark test.

The testers chose to use Apple's native tool called CreateML, which allowed developers to train a machine learning algorithm with object-based learning and no written code. The tool is available on the M1-based Macs, so the testers believe it should have been properly optimized to perform the test.

The Roboflow team decided to run the test with a no code object recognition task. They used the 121,444 image Microsoft COCO object detection dataset, then exported the assets using Roboflow software to convert it to Create ML format. They ran the CreateML software using a YOLOv2 object detection model over 5,000 epochs with a 32 batch size.

The COCO dataset used is a large image database of objects that should be easily recognizable by a 4-year old, and is used to test machine learning algorithms. YOLOv2 is a type of image recognition that uses boundary boxes to show where an object is in an image. An epoch is one cycle of a test and a batch size is the number of objects run though each cycle.

Basically, the computers will be shown a series of images and have to decide what is being shown based on what it has learned from what it was shown previously. As it sees more images of a given object it will get more accurate at identifying that object in other random images.

The results: The team notes that CreateML was able to use 100% of the discrete Radeon GPU but didn't bother using the Intel Iris at all and only 8% of the integrated M1 GPU. This affected the time and likely is due to Apple needing to further optimize the toolset for the M1 processor.

Based on this benchmark, the Apple M1 is 3.64 times as fast as the Intel Core i5. However, the M1 machine is not fully utilizing its GPU and -- so far -- underperforms the i9 with discrete graphics.

Apple is expected to continue optimizing its CreateML framework and is working with TensorFlow to properly port their toolset to M1. Future M-series processors may have even more powerful neural engines and processors as rumors already indicate a 32-core M-series chip could be in a future desktop Mac.