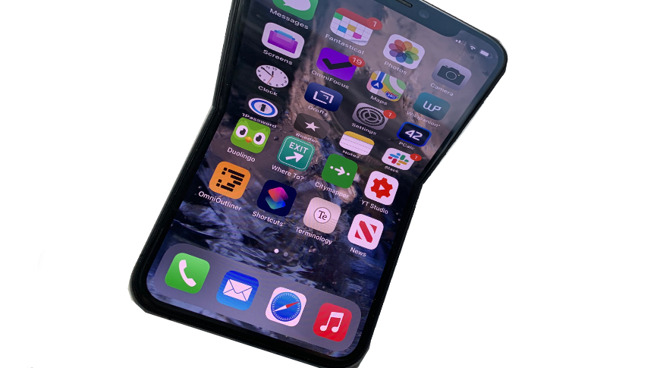 Following previous rumors that Foxconn is testing an iPhone that can fold, a new report says that it was in fact testing two competing designs for Apple. The testing took place in Foxconn's Shenzhen factory and is said to have concluded with both designs passing quality control.

According to Money UDN, what was tested was not finished phones but rather the shells of these two folding designs with, presumably, screens. The testing was specifically to gauge durability of the folding mechanism.

Money UDN speculates that Apple will further evaluate both models, and then abandon one.

Apple's testing of foldable iPhone designs follows both many years of rumors, and very many patent applications on the topic. Previous reports about Foxconn's testing have included claims that Apple will release a folding iPhone in September 2022.

UDN has a decent track record as it pertains to Apple's supply chain. It has a notably poorer one in predicting Apple's future product plans. Thursday's report is a hybrid of the two.
«12»