AppleInsider
Posted: February 2, 2021 2:04PM
in General Discussion
Apple pulled its iCloud for Windows update on Tuesday, one day after releasing iCloud Passwords for Chrome on Windows, with issues discovered by users potentially behind the withdrawal of the update. 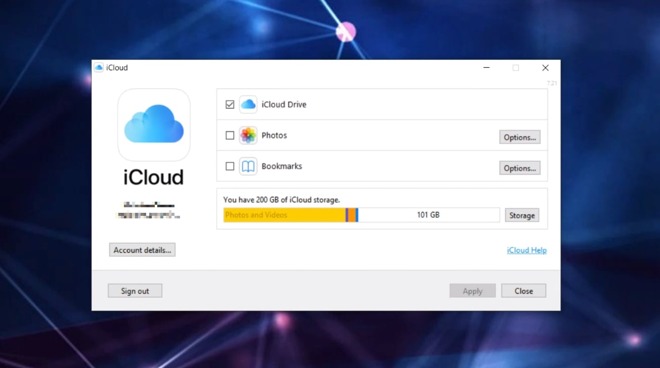 On Monday, Apple released an update for iCloud for Windows bringing it to version 12, an update which also introduced support for iCloud Passwords for Windows. The addition allowed the use of Apple's Keychain password feature in Google Chrome, enabling saved credentials to be used in the browser within Windows.

By Tuesday, the update was no longer available to download from the Microsoft Store. The installer offered in the Windows storefront is for version 11.6.32.0, not version 12, indicating that Apple downgraded the version.

For a while the Microsoft Store listing continued to mention the added password functionality, but references have since been removed. The iCloud Passwords Chrome extension is still available to download, but it requires the correct version of iCloud for Windows to function.

While there is no mention of why the update was taken down, The 8-Bit believes it may have been due to user-reported issues with the extension following its release. Some users discovered that, once the Chrome extension is installed, a two-factor authentication code glitched in the bottom-left corner of the browser, appearing regardless of the viewed website.

If this is the reason for Apple's takedown, it is plausible the company wants to fix the issues while preventing users from using a buggy and potentially insecure version for the moment, at least until a repaired version is offered.

It is unclear when the update will be available to download once again, but it is entirely plausible Apple could rerelease it later in the week.