Microsoft takes on Keychain with Autofill features on iOS, macOS

AppleInsider
Posted: February 6, 2021 2:16PM
in iOS
Microsoft is taking on Apple's Keychain by bringing its Autofill system of password storage and synchronization to iOS and macOS, in the form of an update to the Microsoft Authenticator app and a Google Chrome extension. 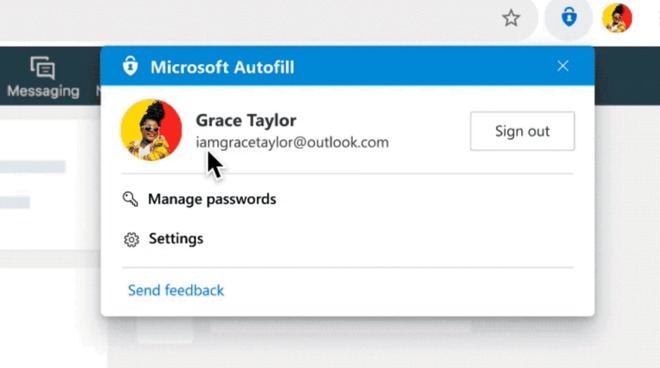 Microsoft's Autofill is similar in concept to Keychain and many other password managers on the market, in that it can store and automatically insert account credentials for various apps and services. Instead of remembering many different passwords, Autofill requires users to at least memorize their Microsoft Account username and password, with it handling the rest of the work.

For Mac users, the new features of the Microsoft Account can be used via the Microsoft Autofill browser extension. Available on the Chrome Web Store, the extension automatically fills in account credentials in the Google Chrome and Microsoft Edge browsers.

Once enabled, the extension also provides a way for users to manage their stored passwords, and to view and edit details when appropriate.

While this does bring Microsoft to the same market as LastPass, 1Password, and other third-party tools, as well as bringing it in line with Apple and Google in offering cross-platform password synchronization, it may not necessarily be enough for Apple's user base. For example, it is limited to two browsers on macOS, whereas Apple's Keychain is system-wide, allowing it to be used in many different apps.

Microsoft's push onto iOS and Mac mirrors a similar attempt by Apple, but in the opposite direction. On Monday, it released an update for iCloud for Windows that added iCloud Passwords for Windows, an extension allowing Chrome users to synchronize their passwords with the cloud-based Keychain.

However, Apple pulled the update within hours of its release, following reports from users seeing a two-factor authentication glitch.