AppleInsider
Posted: February 17, 2021 11:03PM
in General Discussion
Apple has reportedly tapped LG Display to aid in the development of a foldable screen for a future iPhone, according to a new report. 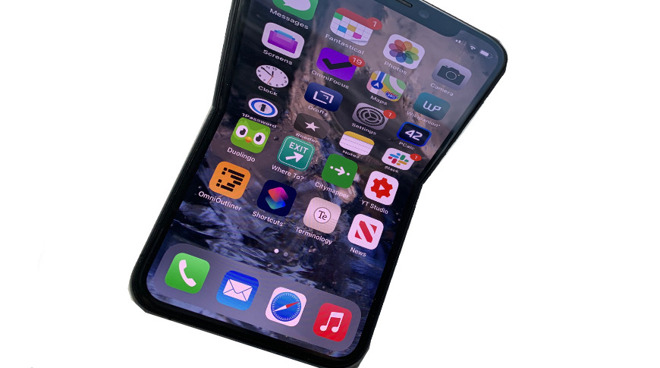 Sources within Apple's supply chain told DigiTimes that LG is helping with development of a folding display, though it isn't clear if the company will supply the panels once production has started.

This is far from the first time that LG was said to be working on a foldable display for Apple. The company picked up Apple and other technology giants as the first customers for the technology in 2016. A report a year later indicated that LG had a "task force" working on a flexible OLED display for an iPhone model.

Along with LG, Apple is also said to be sourcing prototype displays from Samsung for a so-called "iPhone Fold" device. Currently, Apple sources display panels from both LG Display and Samsung Display, so it's possible that the Cupertino company is working with both suppliers and hasn't excluded one for the other.

A report in January indicated that Apple was starting early development work on a folding iPhone. At the time, the level of development was said to not have progressed beyond the screen.

The company's work on folding device technology, however, is evident in the numerous patents and patent applications that have been filed over the past few years.
«12»