AppleInsider
Posted: February 20, 2021 3:09AM
in iOS edited February 2021
Apple's latest beta releases continue to yield new information about upcoming features, with testers this week discovering the addition of five languages to Scribble on iPadOS 14.5 and a modified app purchase sheet in iOS 14.5. 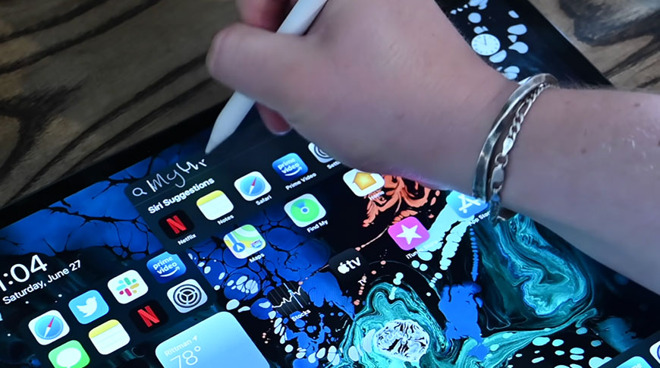 Branded as Apple Watch's finger-based text recognition and input method, Scribble migrated to Apple Pencil-equipped iPads with iPadOS 14. The feature enables users to input typed characters in any text field simply by writing over it with Apple Pencil.

The function was initially limited to English and Chinese, but iPadOS 14.5 beta expands support to include French, German, Italian, Portuguese and Spanish. As noted by MacRumors, supported languages that are enabled under keyboard settings will also appear as an option under Apple Pencil's Scribble configuration.

In addition to text input via machine learning-powered real-time handwriting recognition, Scribble is capable of text editing, copy and paste operations, and more. The feature is compatible across iPadOS and finds special integration in first-party apps like Notes, Safari and Calendar. 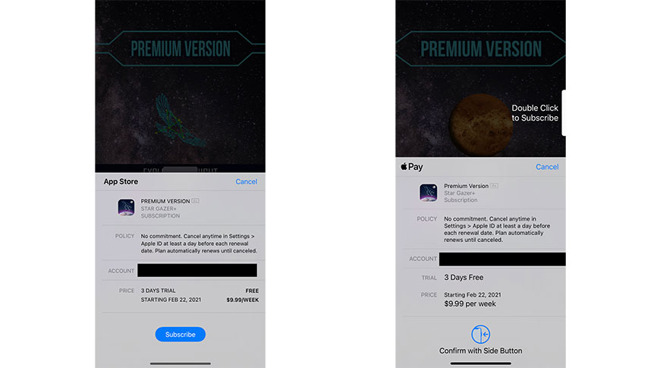 Separately, iOS developer David Barnard on Friday discovered a slight modification to the App Store UI in iOS 14.5 beta. The so-called "buy sheet" that appears when an app is purchased now breaks out app trial information from subscription pricing and brings monthly dues to the fore by using a larger font.

Apple's buy sheet changes should make it easier for users to better understand how subscription pricing works and what, exactly, they sign up for when purchasing an app using the purchase model.

The updated UI arrives on the heels of a report detailing scam apps that in some cases siphon millions of dollars a year from customers by charging excessively high fees. As a result, there is evidence that Apple might be more closely monitoring what it calls "irrationally high" app prices.